Proposed law is a response to staffing shortages caused by pandemic 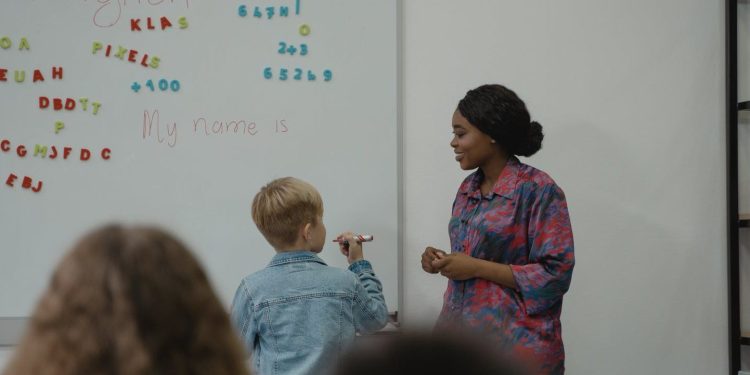 Two of North Jersey’s most powerful State Senators from opposite parties were sponsors of legislation allowing the hiring of out of state teachers.

The bill, S-904, would eliminate the state residency requirement for all public school employees for a three-year period. Under the bill, schools would be required to make a good faith effort to hire New Jersey residents first.

“Teacher shortages have been a growing issue in New Jersey and around the country for the past several years, an issue which has only been exacerbated by the COVID-19 pandemic,” said Ruiz. “While we have enacted various measures to try and address it, it is clear more needs to be done to ensure our schools have adequate staff to meet the needs of our students.”

“By removing the residency requirement we can open the door for professionals from surrounding states to join our teaching workforce.”

Following the conclusion of the trial period, the Department of Education will submit a report to the Governor and the Legislature that evaluates the results of the law, including its effectiveness, any unintended consequences, and any recommendations for legislation.

“New Jersey, like many other states, is currently experiencing a widespread and severe teacher shortage. The most effective way to address this problem is to lift the residency requirement for school staff and allow the state to attract more workers—particularly from Pennsylvania and New York,” said Oroho.

“As members of the legislature, we should always try and reduce government red tape, and allow the people who want to work in our great state the ability to do so.”

The GOP lawmaker from Sussex County noted he first raised the issue when Gov. Chris Christie signed it into law.

“I strongly opposed the state residency requirement for public employment when it was signed into law a decade ago, and some of my constitutional concerns were echoed by a Superior Court Judge last year,” said Oroho.

The issue has grown in the last two years as staffing has become a problem for school districts across the state due to the pandemic.

“It seems clear to me that the residency requirement in this instance is hampering the efforts of short-staffed schools contending with a labor shortage to hire enough teachers, substitutes, and bus drivers,” said the State Senate Minority Leader. “Under these circumstances, it seems best to exempt school districts from the requirements of the New Jersey First Law.”