250,000 claimants could be affected in New Jersey 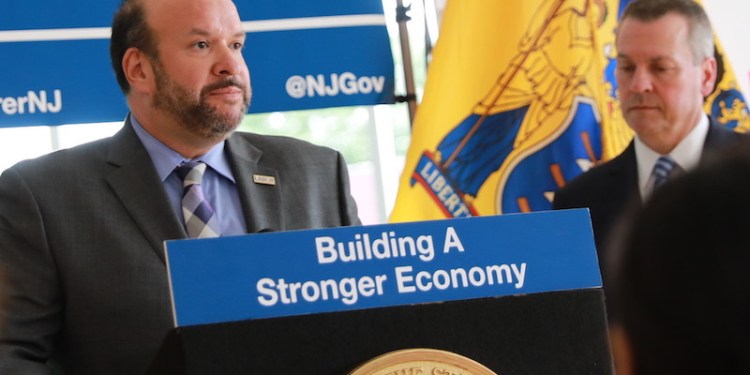 The U.S. Department of Labor will allow states’ the ability to waive certain unemployment insurance overpayments after New Jersey and other states urged the action on behalf of claimants who received federal benefits during the pandemic but were later found to be ineligible.

“We are thankful to the states, like New Jersey, that shared with us challenges dealing with overpayment waivers in a way that will not alarm claimants or cause them undue hardship,” said U.S. Labor Secretary Marty Walsh in a press statement Feb. 8. “States did their best to pay benefits as quickly as they could during the pandemic, but implementing new programs quickly meant innocent mistakes that resulted in overpayments. We encourage states to forgive as many honest mistakes as they can.”

In New Jersey, as many as 250,000 claimants could be affected. The average overpayment is about $4,400. Both state and federal officials noted the probability of recovering the overpayments from the millions of claimants across the country who received them is low compared to the resources that would be used attempting to recover them.

The updated guidance contains five scenarios under which overpayments may be waived, all involving receipt of COVID-19 related expanded unemployment benefits such as Pandemic Unemployment Assistance (PUA) and Pandemic Emergency Unemployment Compensation (PEUC).

The situations include but are not limited to: if a claimant responded “no” to being able and available for work and the state issued PUA or PEUC payments without adjudicating the eligibility issue; a claimant who received a higher PUA payment that they were eligible for; a claimant whose PUA weekly benefit amount was calculated incorrectly based on the earnings statement submitted.

Residents to be Notified

“This is great news for tens of thousands of New Jerseyans who received these benefits believing they were entitled to them, but found out when federal guidance changed that they did not meet the eligibility standards. We’re grateful to U.S. Labor Commissioner Walsh for his openness to state input,” New Jersey Labor Commissioner Robert Asaro-Angelo said.

The New Jersey Department of Labor is working through the details of the updated guidance and will notify claimants eligible for the overpayment waivers of their next steps. Fraudulent overpayments remain exempt from waiver and must be repaid.

“While we appreciate USDOL pursuing its available statutory authority to provide relief, we remain hopeful that Congress will grant states the broader overpayment waiver authority we are seeking,” said Asaro-Angelo. “Doing so would provide peace of mind to tens of thousands of New Jerseyans whose overpayments fall outside the new guidance (and) allow us to dedicate our resources to serving unemployed workers in need rather than putting claimants in precarious financial situations.”

As for those that have passed, the state reported 102 confirmed deaths, bringing that total to 29,157. The state listed probable deaths at 2,937, bringing the overall total to 32,187. State officials noted 23 deaths occurred in the last 24 hours of reporting that have not yet been lab confirmed.

The state’s dashboard had a count of 1,811 patients hospitalized as all 71 hospitals in the Garden State filed reports Feb. 9. By region, there were 683 in the North, 633 in the Central and 495 in the South. Of those hospitalized, 344 are in intensive care units and 229 on ventilators. A total of 159 patients were discharged in the last 24 hour reporting period.

Health officials noted 553 long-term care facilities are currently reporting at least one case of COVID-19, accounting for a total of 26,668 of the cases, broken down between 12,269 residents and 14,399 staff.

The state’s official death total will now be reported as those that are lab confirmed, sits at 9,110 on Feb. 9. The facilities are reporting to the state 8,457 residents deaths and 149 staff deaths.