Pollster: ‘Persistence of the Big Lie continues to be a warning sign' 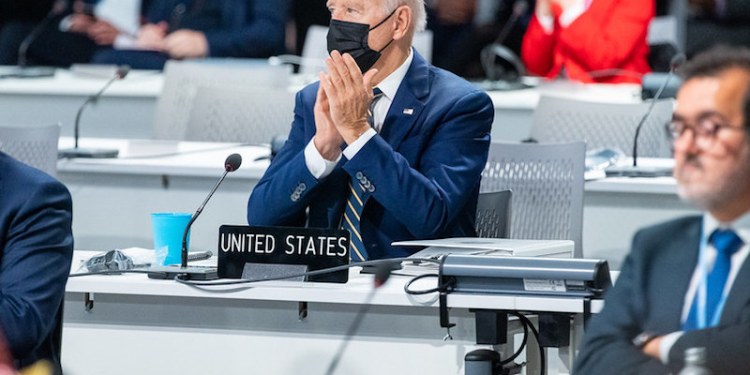 One-third of Americans continue to believe that President Joe Biden’s 2020 victory was the result of voter fraud, according to findings of a new poll from Monmouth University.

The Jersey Shore polling outfit additionally found that 17% of the public thinks there is still a path to reverse the electoral vote count and replace Biden with former President Donald Trump before the next presidential election with 6% of respondents saying there’s definitely a path to reinstate Trump before the 2024 election and 11% saying there’s probably a path.

“The persistence of the ‘Big Lie’ continues to be a warning sign,” said Patrick Murray, director of the independent Monmouth University Polling Institute, in a report describing poll findings.

“It is being fed and nurtured by messages that tout the possibility of overturning the 2020 result even though no such legal mechanism exists,” Murray added. “While the number who hold this view might not sound like a lot right now, it’s important to remember that it doesn’t take an outright majority to destabilize institutions.”

The findings come a year after Trump supporters violently stormed the U.S. Capitol building on Jan. 6, 2021, in an effort to stop the U.S. Congress from certifying Biden’s 2020 victory over Trump. According to the federal Department of Justice, the attack caused an estimated $1.5 million in damage to the U.S. Capitol.

DOJ said more than 725 defendants connected to the Jan. 6 U.S. Capitol attack have been arrested in nearly all 50 states and the District of Columbia as of the end of 2021, “including over 75 individuals who have been charged with using a deadly or dangerous weapon or causing serious bodily injury to an officer.”

McConnell told reporters it was “not the job” of the RNC to punish Republicans for taking a position at odds with the majority. He also rejected the RNC’s characterization of the Jan. 6 U.S. Capitol attack as “legitimate political discourse.”

“We saw it happen. It was a violent insurrection for the purpose of trying to prevent the peaceful transfer of power after a legitimately certified election, from one administration to the next,” McConnell said.

Better or Worse off?

Monmouth poll respondents were nearly evenly divided over the hypothetical question: Would the country be better or worse off if Trump had defeated Biden in 2020?

Additionally, the poll found that:

The poll was conducted by phone from Jan. 20 to Jan. 24, with 794 adults in the United States and had a margin of error of plus or minus 3.5 percentage points.