Republicans must answer for the characterization by the party's faithful of the U.S. Capitol Riots 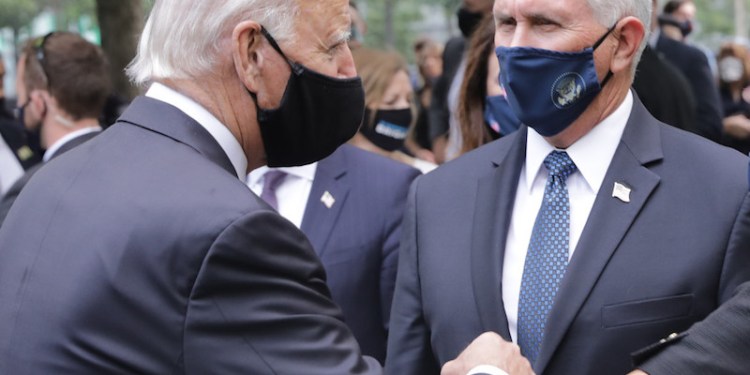 That was the term that the Republican National Committee used when it officially rebuked Reps. Liz Cheney (R-WY) and Adams Kinzinger (R-IL) for participating in the House Select Committee of the Jan. 6 attack, accusing them of “persecution of ordinary citizens engaged in legitimate political discourse.”

This is the belief of the party faithful to describe the action of the Trump supporters who stormed the U.S. Capitol on Jan. 6, 2021, attacking police officers and forcing lawmakers to scramble to safety.

The same mob that were looking to lynch Vice President Mike Pence for performing his constitutional duty to certify the 2020 Presidential result.

For the life of us, we honestly do not understand why Republicans have not wanted to get to the bottom of what happened that day. It was their opportunity to break the grip that Trump and the extreme elements of his coalition have on the party, offering a pivot from the politics of greed and grievous to one that is the DNA of its party—smaller government, lower taxes and law and order.

In the past week, we have seen signs that there are GOP leaders willing to address the issue head on. U.S. Senate Minority Leader Mitch McConnell repudiated that description of the events of Jan. 6 saying those in Capitol Building saw a “violent insurrection for the purpose of trying to prevent the peaceful transfer of power after a legitimately certified election, from one administration to the next. That’s what it was.”

More strikingly, the former Vice President firmly stated that “President (Donald) Trump is wrong” in claiming that Pence had the right to overturn the 2020 election during a ​​Federalist Society Florida Chapter speech.

“Under the Constitution, I had no right to change the outcome of our election,” stated Pence. “I understand the disappointment many feel about the last election. I was on the ballot. But whatever the future holds, I know we did our duty that day.”

Unfortunately, Sen Josh Hawley (R-MO) revealed the headwinds politicians face when he remarked that “Whatever you think about the R.N.C. vote, it reflects the view of most Republican voters.”

The issue is already front and center for the 2022 election cycle. With the 7th Congressional District one of the most hotly contested races this year, Rep. Tom Malinowski launched a digital ad campaign this week that features a violent image from Jan. 6 with the line “Tom Kean Jr.: Scared to say this isn’t legitimate political discourse?”

That is ultimately the problem with the current GOP in America, a base more interested in conspiracy theories than legislation. As a Monmouth poll recently noted, 30% of Republicans to this day believe there’s a path to overturn the 2020 election due to voter fraud.

It led Patrick Murray, director of the independent Monmouth University Polling Institute, to observe “the persistence of the ‘Big Lie’ continues to be a warning sign. It is being fed and nurtured by messages that tout the possibility of overturning the 2020 result even though no such legal mechanism exists. While the number who hold this view might not sound like a lot right now, it’s important to remember that it doesn’t take an outright majority to destabilize institutions.”

The constant attack on fair democratic elections in the U.S. by Donald Trump and his supporters is simply un-American. The defending of the actions of the domestic terrorists who attacked the U.S. Capitol Jan. 6 must end.

“Legitimate political discourse” is a defining statement for Republicans, much like “Defund the Police” became for Democrats. Every Republican must answer for it and forcefully denounce it.

If not, you know they are an extremist who not only does not deserve your vote but both Dems and Republicans must work to defeat.