Gill signs on to Pennacchio bill for pandemic investigation 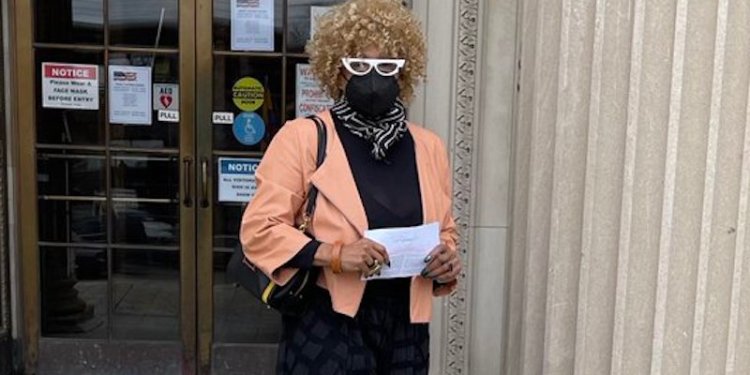 Two North Jersey State Senators—a Republican and a Democrat—are calling for an investigation into how New Jersey handled its response to the coronavirus pandemic at nursing homes.

Under the measure, the panel would investigate “all aspects of the effects of state actions, executive orders and actions, legislation, regulation and state policies on nursing homes, nursing home residents and their families, and nursing home employees.”

According to the resolution, the Nursing Home Pandemic Response Investigation Committee would be appointed by the State Senate President and no more than four members can be from the same political party.

In a tweet announcing the measure, Gill wrote, “For New Jerseyans to get the answers they deserve, we must have a transparent and public investigation.”

“We must have a comprehensive report on how our system of care failed seniors and their families and how we can improve these systems going forward,” she said. “With variants of COVID-19 posing a continuing risk to seniors and other medically at-risk individuals, our state must form a comprehensive and forward-thinking pandemic response plan to ensure the safety of long-term care residents.”

Following the bill’s introduction, Pennacchio thanked Gill for reaching across the aisle to team up on such a “poignant issue.”

“It is encouraging to see bipartisan support for an inquiry,” said Pennacchio. “Without an official forum, it is obvious New Jersey residents will never learn the truth about what happened in the nursing homes and what could have been done to prevent the tragedies and save lives.”

Since May 2020, Pennacchio has been pushing for a bipartisan select committee with subpoena power to review the Murphy administration’s pandemic response efforts.

The Morris County lawmaker has been stymied as Senate Democrats have blocked his efforts to bring the resolution (SR-68) up for a vote by the New Jersey Senate on five separate occasions over 19 months—including as recently as Dec. 20, 2021.

He renewed his call last month following news that the state had reached a $52.9 million settlement with the families of 119 veterans who died at state-run LTC facilities in Paramus and Menlo Park during the early days of the pandemic.

Plaintiffs claimed the facilities directed staff not to wear masks and gloves because it “might scare residents” and failed to enact proper infection control procedures until several months into the pandemic, including allowing employees who tested positive for COVID-19 to return to work.

Murphy’s administration came under fire after a March 31, 2020 directive barring nursing and veterans homes from turning away patients who tested positive for coronavirus—an order that was later rescinded.

Between the state’s three military veterans homes in Menlo Park, Paramus and Vineland, more than 200 resident deaths have been recorded, one of the highest death tolls in the country. The fatality rate prompted the U.S. Department of Justice to launch a civil rights probe in October 2020, saying that there was “cause for concern that the quality of medical care at these nursing homes has been deficient.”

Separately, the state attorney general has an open investigation at how New Jersey’s long-term care facilities responded to the public health emergency.

As for those that have passed, the state reported 15 confirmed deaths, bringing that total to 29,450. The state listed probable deaths at 2,949, bringing the overall total to 32,399. State officials noted 19 deaths occurred in the last 24 hours of reporting that have not yet been lab confirmed.

The state’s dashboard had a count of 1,429 patients hospitalized as all 71 hospitals in the Garden State filed reports Feb. 14. By region, there were 541 in the North, 464 in the Central and 424 in the South. Of those hospitalized, 255 are in intensive care units and 164 on ventilators. A total of 168 patients were discharged in the last 24 hour reporting period.

Health officials noted 535 long-term care facilities are currently reporting at least one case of COVID-19, accounting for a total of 26,717 of the cases, broken down between 12,331 residents and 14,386 staff.

The state’s official death total will now be reported as those that are lab confirmed, sits at 9,166 on Feb. 14. The facilities are reporting to the state 8,471 residents deaths and 149 staff deaths.