New Jersey Will Pull Out of Waterfront Commission on March 28

Murphy continues on despite doubts cast by New York 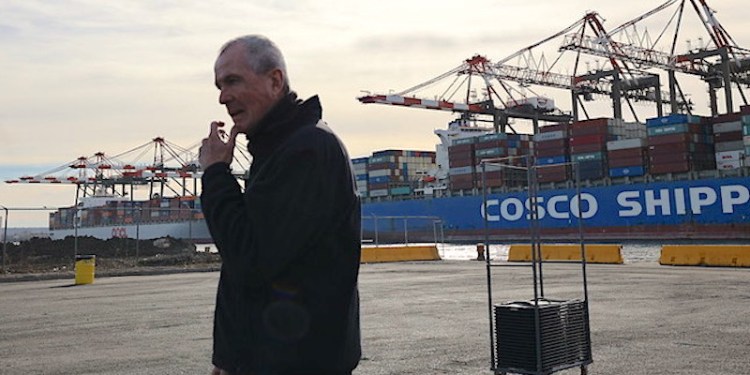 Gov. Phil Murphy is doubling down on ending the Waterfront Commission of New York Harbor, with New Jersey officials reporting March 28 as the official last date for the bi-state agency.

That’s according to an NJ.com report, which noted New York Gov. Kathy Hochul insisted New Jersey could not simply walk away from the agreement.

When asked about his persistence in shutting down the Waterfront Commission despite opposition from his New York counterpart, Murphy explained the world had changed drastically from 1953 when it was created.

Murphy said the Waterfront Commission was the “right response” for what was going on at the time, at least as far as he was told as it was formed four years before he was born.

“We’re in a completely different world. Does it mean that crime has gone to zero? Absolutely not, but we’re not meeting the moment with the Waterfront Commission,” he said.

Additionally, he noted the Waterfront Commission was a bi-state agency but 90% of the shipping activity took place in New Jersey, and argued there was a better way to deal with issues at the port.

But Hochul’s office argued that “in order to effectuate a dissolution of the commission, the terms of the compact would require New York to adopt concurrent legislation. New York has not done so, and therefore the act is without effect.”

Murphy’s chief counsel, Parimal Garg, said New Jersey would work with New York to ensure both economic and operational success at the port, but nothing was standing in the way of the state disengaging with the Waterfront Commission.

“We agree that the port must be safe, secure, and staffed and operated fairly. Neither labor nor industry should be unnecessarily burdened,” Garg wrote in a response to Elizabeth Fine, counsel to Hochul. “The continued existence of the Waterfront Commission of New York Harbor, however, is not the only way to achieve those goals.”

Murphy added, “We think there’s a better way to deal with this, including potentially using, in a very robust manner, almost certainly in fact, the State Police to help us with contracts, obviously law enforcement, vetting hires. There’s an enormous amount of frustration with the commission among other things with a backlog of – and the inability to get the proper manpower in place. That’s a frustration that’s shared by both the labor side as well as the management side and I’ve heard over the past number of years.”

New Jersey legislators voted to withdraw from the Waterfront Commission in 2018, arguing it was “over-regulating businesses” as a way to justify its existence. As a side-effect of these actions, the state’s economic interests were being hurt.

Gov. Chris Christie signed the bill into law during his last week in office—with Murphy noting it being the rare “area of commonality between Gov. Christie and myself”—but New York successfully sued in federal court to stop the withdrawal. The U.S. Court of Appeals for the Third Circuit later reversed the ruling, saying the lawsuit “impinges on the State of New Jersey’s sovereignty.”

As of November 2021, the U.S. Supreme Court signaled it would not intervene in the case.