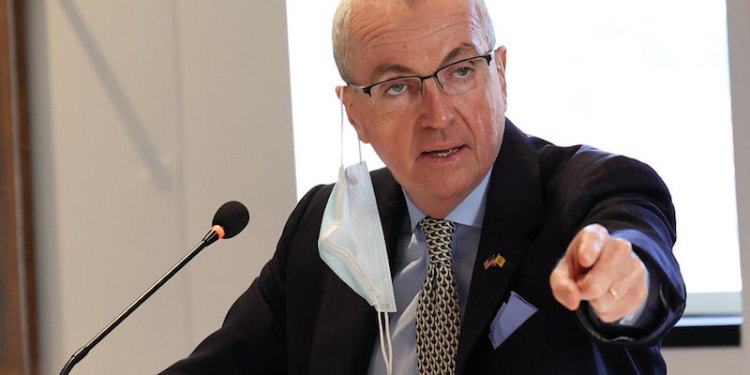 While the state has religiously followed the guidance from the Centers for Disease Control and Prevention (CDC) throughout the pandemic, Gov. Phil Murphy broke away when he announced a school mask mandate would end March 7.

The governor recently explained that he was comfortable with the decision due to the knowledge gained by the state, led by the New Jersey Department of Health, over the last two years.

“The other waves had long, sloping ups and long, sloping downs in terms of case count, hospitalizations, etc,”  explained Murphy at a press briefing Feb. 16. “This (Omicron surge) went straight up and it’s coming straight down. So our experience when we took this step—and continues to be the case —is as wide from the American norm as we have been in any wave. We felt responsibly that we could take this step, and that’s the reason.”

The CDC currently recommends universal indoor masking in areas with greater risk of transmission, which can be determined by the number of cases per 100,000 and the test positivity rate. But federal health officials, including Chief Medical Advisor to the President Dr. Anthony Fauci and CDC Director Rochelle Walensky, have hinted in the last week that a guidance change could be at hand.

But New Jersey has gone ahead of the federal government and Murphy stated geography played a role as the Garden State has been one of “the first places hit by each of the waves. That was in March of 2020, all the waves in between including Omicron.”

The governor argued that not removing masks at an earlier date has been proven to be the right decision.

“I think the overwhelming science and medical assessment from New Jersey, as well as nationally if not the world, was that there was still an enormous sense of uncertainty, that folks just were almost completely uncertain about what was around the corner,” he said. “Lo and behold, they turned out to be right and we got Omicron, among other things. There is, I’d say, overwhelming developing scientific and medical consensus that we have a much better sense of where this is going.”

But the Democratic governor continued to be baffled how and why the uses of masks became politicized.

“For the life of me, I guess it started with Donald Trump and that whole period, but they’ve become politicized,” he said. “Whether we lift the mask mandate or not, this has been politicized for reasons that are at odds with public health, for sure, since moment one.”

Murphy reiterated that he does support the concept of banning masks as it results in individuals or a school district having to sue to allow them to wear masks.

“I think that’s backwards,” he stated. “We’re saying listen, this is a responsible plan, a responsible time to do this. If locally, based on your local health realities or if you individually, a student or an educator or staff member, want to continue to wear a mask, you should be allowed to and not stigmatized.”

And the Governor sought to put to rest the notion that his decision was based on a December focus group.

“That doesn’t mean that I don’t care or others don’t care deeply about what parents feel because we do,” said the man recently elected for a second term. “You don’t need a focus group, although it certainly was—it jumps out at you in a focus group….to conclude people are sick and tired of this thing. It’s everywhere.”

Murphy finished by stating “(We) overwhelmingly want to get this thing behind us. It’s the facts over here where (state health officials and I) have to make our decisions on. Notwithstanding whatever fatigue there might be, which is a fact, you have to make decisions based on the data. I want to make sure folks get that completely.”

As for those that have passed, the state reported 38 confirmed deaths, bringing that total to 29,698. The state listed probable deaths at 2,949, bringing the overall total to 32,647. State officials noted 21 deaths occurred in the last 24 hours of reporting that have not yet been lab confirmed.

The state’s dashboard had a count of 1,159 patients hospitalized as all 71 hospitals in the Garden State filed reports Feb. 18. By region, there were 430 in the North, 383 in the Central and 346 in the South. Of those hospitalized, 195 are in intensive care units—below 200 for the first time since Nov. 30, 2021—and 131 on ventilators. A total of 221 patients were discharged in the last 24 hour reporting period.

Health officials noted 504 long-term care facilities are currently reporting at least one case of COVID-19, accounting for a total of 26,268 of the cases, broken down between 12,133 residents and 14,145 staff.

The state’s official death total will now be reported as those that are lab confirmed, sits at 9,219 on Feb. 18. The facilities are reporting to the state 8,484 residents deaths and 149 staff deaths.

New Jersey Will Pull Out of Waterfront Commission on March 28