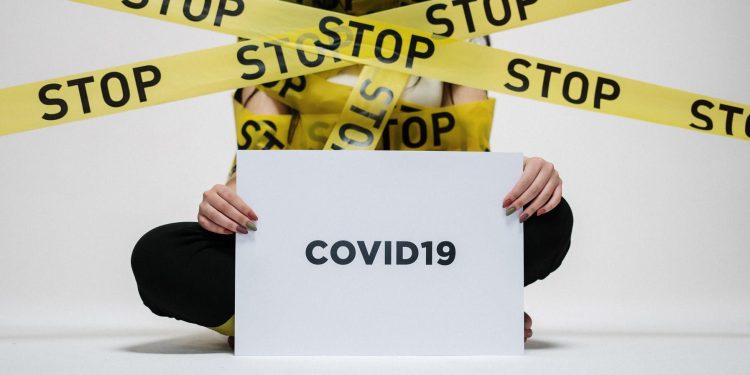 A national survey involving Rutgers University details the link between COVID-19 misinformation between social groups and its intersection with trust in the government, media, science and medicine

The COVID States Project has examined the over-time shifts in COVID-19 vaccine misperceptions since the start of the pandemic. The project in their latest survey explored whether those who believe misinformation are aware that their views contradict the prevailing opinion of scientists and medical experts, highlight the connection between COVID-19 misinformation and trust in the government, media, science and medicine and update findings linking misperceptions with attitudes towards the COVID-19 vaccine.

The project reported a decline in believing misinformation since the early days of COVID-19 vaccination efforts in 2021, with 16% of Americans still holding vaccine misperceptions. Close to half (46%) are uncertain about the veracity of at least one vaccine misinformation statement.

The profile of someone most likely to hold vaccine misperception are aged 25 to 44, parents with children under 18, Americans who did not go to college, and Republicans, with over 20% of the respondents in each group marking at least one misinformation statement as true.

A third of respondents who believe vaccine misinformation statements are aware that scientific and medical experts reject those claims as false. Additionally, over a fifth of Americans (21%) are aware that science considers a particular claim to be false, but still say they are not sure whether to believe it or not.

People who think they know a lot about COVID-19 vaccines are more likely to hold vaccine misperceptions, according to the project’s findings. Among those who claimed to have expert knowledge, 48% believed false claims compared to only 16% of those who said they knew almost nothing about vaccines.

As for a shift since their first survey was conducted earlier in the pandemic, people with high socioeconomic status were amongst the most likely to hold vaccine misperceptions. Over time, people with graduate degrees and those with high income made large shifts towards rejecting misinformation. The groups least likely to espouse false claims now include graduate degree holders, Democrats, Asian Americans, and those over 65 years of age

Vaccine misinformation beliefs, uncertainty about false claims, trust in government and science remain among the most important predictors of getting vaccinated, even after accounting for demographic and other factors. Compared to those with no vaccine misperceptions, Americans who believe misinformation claims are less likely to trust the government, news media, science, and medicine. That pattern is reversed with regard to trust in Fox News and Donald Trump.

The COVID States Project is a joint project of the School of Communication and Information at Rutgers University-New Brunswick, the Network Science Institute of Northeastern University, the Shorenstein Center on Media, Politics and Public Policy of Harvard University, Harvard Medical School and the Department of Political Science and Institute for Policy Research at Northwestern University.

Between December 22, 2021, and January 24, 2022, the project surveyed 18,782 individuals across all 50 states plus the District of Columbia. The survey was conducted by PureSpectrum via an online. This was the latest in a series of surveys we have been conducting since April 2020,examining attitudes and behaviors regarding COVID-19 in the United States.

As for those that have passed, the state reported 10 confirmed deaths, bringing that total to 29,762. The state listed probable deaths at 2,949, bringing the overall total to 32,711. State officials noted 15 deaths occurred in the last 24 hours of reporting that have not yet been lab confirmed.

The state’s dashboard had a count of 1,032 patients hospitalized as all 71 hospitals in the Garden State filed reports Feb. 21. By region, there were 377 in the North, 341 in the Central and 314 in the South. Of those hospitalized, 179 are in intensive care units and 123 on ventilators. A total of 132 patients were discharged in the last 24 hour reporting period.

Health officials noted 504 long-term care facilities are currently reporting at least one case of COVID-19, accounting for a total of 26,268 of the cases, broken down between 12,133 residents and 14,145 staff.

The state’s official death total will now be reported as those that are lab confirmed, sits at 9,219 on Feb. 18. The facilities are reporting to the state 8,484 residents deaths and 149 staff deaths.