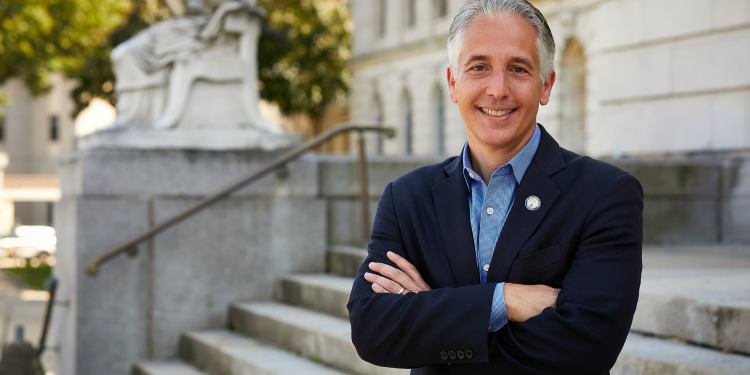 Gov. Phil Murphy said he would be ending his weekly COVID-19 briefings on March 4 and the school mask mandate March 7, but the public health emergency order would remain intact.

Meanwhile, the statehouse’s complex commission is ending eight of nine COVID-19 protocols Feb. 25, but will maintain a mask mandate for all people who enter the facility.

The public health emergency order is set to expire March 12, but could be renewed for 30 days under the Emergency Health Powers Act. Murphy said as his weekly briefing Feb. 23 that there was no “new news” regarding if he would renew the order.

The non-answer was not good enough for DePhillips.

“I don’t think anyone can point to any positives that come from continuing the public health emergency. It’s over,” said the former Wyckoff mayor.

DePhillips slammed the Governor for the decision to end the briefings, arguing he was “ending transparency” by ceasing the briefings.

“If he truly wanted to return to normal as he says he would stop his rule by executive order. His COVID briefings gave press the opportunity to question his mandates and motives,” he said.

While DePhillips railed against Murphy’s decisions, his fellow Assemblyman was pushing for an end of masks in their Trenton workplace.

“Clinging to the Masking Theater”

On Feb. 22, the State Capitol Joint Management Commission dropped all COVID-19 mitigation measures, save the mask mandate. For entry, all entering the statehouse must continue to wear a cloth face mask, or they will be denied entry.

Bergen said he was “disappointed they are clinging to the masking theater” despite being pleased by dropping the other eight rules.

He even joked about missing Speaker Craig Coughlin’s smile.

“I firmly believe masking should not be mandated, but left up to the individual,” Bergen added. “Besides, we’ve been safely unmasked in restaurants, shopping malls, fitness centers, and very soon, schools. What makes the statehouse particularly unsafe still?”

As for those that have passed, the state reported 38 confirmed deaths, bringing that total to 29,897. The state listed probable deaths at 2,960, bringing the overall total to 32,947. State officials noted 11 deaths occurred in the last 24 hours of reporting that have not yet been lab confirmed.

The state’s dashboard had a count of 865 patients hospitalized as all but one of the 71 hospitals in the Garden State filed reports Feb. 25—the first time under 900 since Nov. 27, 2021. By region, there were 296 in the North, 313 in the Central and 256 in the South. Of those hospitalized, 151 are in intensive care units and 98 on ventilators. A total of 155 patients were discharged in the last 24 hour reporting period.

Health officials noted 437 long-term care facilities are currently reporting at least one case of COVID-19, accounting for a total of 24,013 of the cases, broken down between 11,221 residents and 12,792 staff.

The state’s official death total will now be reported as those that are lab confirmed, sits at 9,252 on Feb. 25. The facilities are reporting to the state 8,495 residents deaths and 149 staff deaths.

In regards to outbreaks related to in-school transmissions as of Feb. 22, the state has tracked 507 school outbreaks and 3,450 cases linked to those outbreaks since the 2021/2022 school year starting Aug. 7, up four outbreaks and 17 cases from the week previous.