The fight for democracy takes hold in Eastern Europe 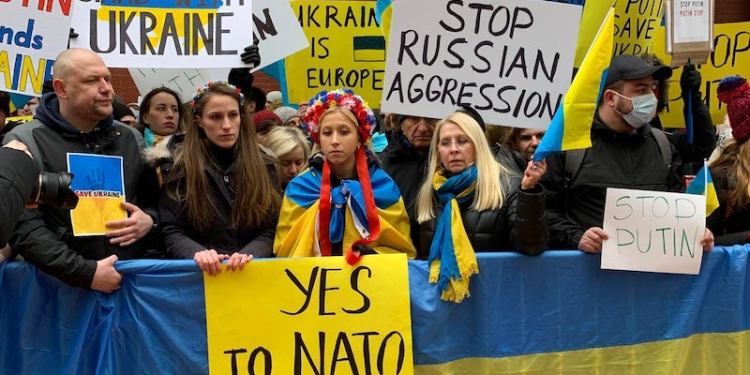 In the 1980’s, jailed USSR dissidents heard the recordings of President Ronald Reagan extolling the virtues of democracy and the calls for the Berlin Wall to come down.

There was a time when disagreements on U.S. foreign policy ended at our waters. Much like the rest of the political landscape, that has changed in the years since Reagan lived in the White House.

But New Jerseyans may be wondering: Why do the actions in Eastern Europe between Russia and Ukraine matter to me?

It starts with the women and men hailing from North Jersey who may be called upon to defend the western border that is shared by NATO member Poland. While a remote possibility, the threat to our allies exists and we must be read to respond.

That is followed by the new frontier in battle, a cyber attack—an issue highlighted by both Rep. Josh Gottheimer and Gov. Phil Murphy. Colonial Pipeline, an oil pipeline system carrying gasoline and jet fuel mainly to the Southeastern part of the nation, suffered a ransomware cyber attack just last year that impacted computerized equipment managing the pipeline. The hack led to 17 states having a temporary gas shortage last Spring.

Hacking is not just a private sector concern but one that local, state and federal government agencies have to be ready for. Imagine as retaliation for the economic sanctions put in place that foreign adversaries gained access to the Defense Departments plans to help Ukraine, CIA assets in Russia, or control of the power grid to a large American city. The damage is incalculable.

The most immediate effect is the one already being felt—the rise in energy prices. With the Saudi’s and other Arab countries refusing to increase output, the price of gas at the pump has increased by a quarter in the last month and is expected to continue to rise.

But the biggest reason is that the pain it is causing our friends and family of Ukrainian descent that we live and work with.

North Jersey is the home to the Ukrainian National Association, which publishes the Ukrainian Weekly, formerly based in Jersey City before recently relocating to Parsippany. Hudson County is estimated to be home to roughly 3,000 Ukrainians, served by two churches in Bayonne and a church, community center and credit union in Jersey City. Their communities, with large swaths in Passaic, Clifton and Whippany as well, include both families who emigrated generations ago and newcomers.

There are national concerns that should be atop the list for North Jersey residents as well. The lead item is a democratic country being overrun by another country just because it wanted to. Make no mistake, there were no justifications for Russian President Vladimir Putin to order troops into Ukraine.

And while we are a weary country from our two decades of conflict in Afghanistan, we can not shrink from our role on the world stage. The U.S. must continue to work with our allies to confront injustice around the globe.

The arguments at home should be how severe and the effectiveness of President Joe Biden’s actions, not if we should. Russia is lead by a murderous authoritarian who must be confronted and aid must be provided to countries that share our democratic values.

It is a stand that we must make today and for the future.