‘We Must at Long Last Get Serious,’ North Jersey Lawmaker Says 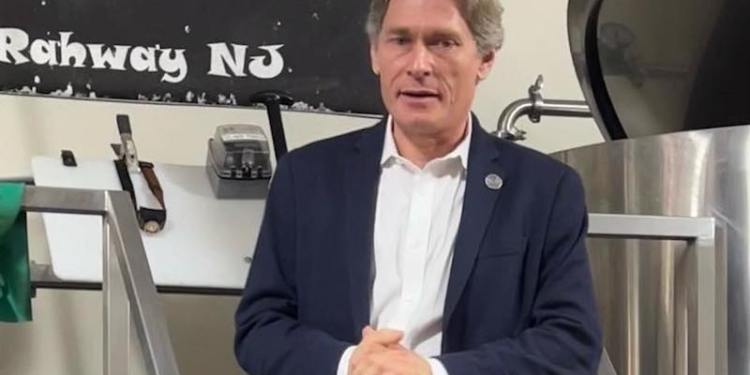 Rep. Tom Malinowski is urging the White House to immediately implement “full financial freezing sanctions” and to seize the assets of “enablers of the Putin regime.”

As Russian President Vladimir Putin continued his attack on the Ukraine, Malinowski and Rep. John Curtis (R-UT) who co-chair the Congressional Caucus Against Foreign Corruption and Kleptocracy said immediate action is needed to go after the “Navalny 35”—a group of Russians involved in poisoning and imprisonment of Russian opposition leader Alexei Navalny.

“We urge President Biden to immediately impose full freezing sanctions on the so-called Navalny 35 list of Russian oligarchs, crooks, and officials who prop up the Putin regime. Endemic corruption and theft from the Russian people fuels Putin’s repression and military aggression; it is also his greatest political vulnerability,” Malinowski, who represents New Jersey’s 7th congressional district, and Curtis said in a press statement.

“So as leaders of the Congressional Anti-Corruption Caucus, we have supported tough measures to seize the assets corrupt Russian officials hold outside of Russia, and to ensure the United States is not a safe haven for their ill-gotten gains. The time for coordinated action against these enablers of Putin’s abuses is now,” they added.

Malinowski and Curtis additionally urged other countries to stand against Russia’s invasion of the Ukraine by taking immediate action “to seize the assets of these corrupt officials and kleptocrats.”

They said the United States government should use all its diplomatic resources and legal authorities to ensure that third countries “seize the yachts, private jets, beachside villas, and hidden bank accounts of Putin’s cronies.”

If additional legal authorities are needed to compel other countries, “the Biden administration should work with Congress to pass the necessary legislation,” Malinowski and Curtis said.

Their Congressional Caucus Against Foreign Corruption and Kleptocracy is a bipartisan group of congressional lawmakers that has worked on a variety of legislative measures aimed at curbing corruption in governments around the globe. The group additionally works to tighten U.S. controls against money laundering.

“This is going to impose severe cost on the Russian economy, both immediately and over time. We have purposely designed these sanctions to maximize the long-term impact on Russia and to minimize the impact on the United States and our allies,” President Biden said in a speech from the White House’s East Room.

The same day, Malinowski, Curtis and other U.S. House lawmakers unveiled legislation called “the CORRUPT Act,” which they said aims to hold “Putin’s enablers accountable for supporting his human rights abuses and military aggression.” They said the legislation urges steps beyond the sanctions that President Biden announced the same day.

Specifically, their legislative proposal would require the administration to consider sanctions against the Navalny 35. The proposal echoes an amendment by Malinowski and Curtis, which passed the House as part of the fiscal year 2022 Defense Authorization Act.

“Corruption is both Putin’s reason for being, and his greatest political vulnerability,” Malinowski said. “After Putin’s invasion, we must at long last get serious about going after the bank accounts, yachts, private jets, luxury villas, and shell companies of those who steal from ordinary Russians and then shelter their wealth overseas.”