Healthcare workers have until April 11, correctional officers May 11 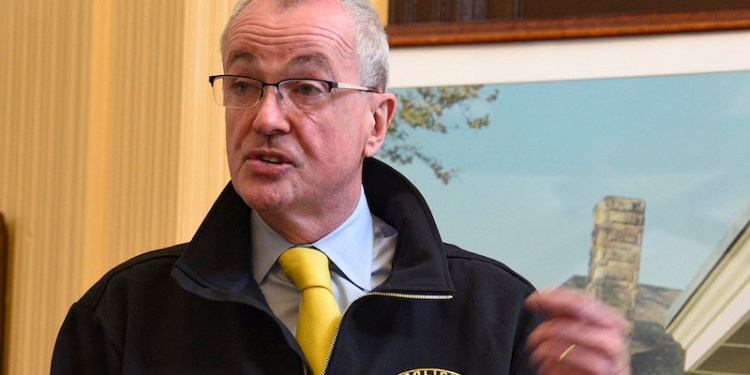 Gov. Phil Murphy signed an executive order March 2 extending the deadline for hospital workers and those working in high-risk congregate setting, including correctional workers, to get their COVID-19 booster shots

The deadline for healthcare workers to get a COVID booster shot was moved to April 11 after the prior deadline passed this week with tens of thousands still without the shot. The new deadline comes after the New Jersey Hospital Association had asked Murphy for a 90-day extension last week.

In his press statement, Murphy said the executive order aligns the state with updated Centers for Disease Control and Prevention (CDC) recommendations on optimal intervals between first and second doses of an mRNA COVID-19 vaccination series.

“Over the course of our COVID-19 response, we have always followed the science in decision-making, and this is no different,” said Murphy. “This executive order ensures that our COVID-19 vaccination requirements for covered workers in medical and high-risk congregate settings are able to properly keep themselves and those whom they care for safe.”

Hospital and nursing home executives across the state had told state officials they would be left in a precarious position of having massive staff shortages if they were to discipline the scores of workers who missed Monday’s deadline.

May 11 for Congregant Workers

About 39% of the state’s 50,000 workers at nursing homes, assisted living facilities and other long-term care centers had still not gotten a booster shot as of March 1.

The order extends the booster deadline for prison workers, group home employees and others who work in high risk congregate care settings to May 11. The union representing prison guards had fought the mandate all the way to the state Supreme Court and lost. Their deadline to get boosted was set for March 30.

Additionally, the order requires a covered setting to take the first step toward bringing a noncompliant covered worker into compliance as part of the disciplinary policy within two weeks of the respective deadlines. Failure to take such action may result in penalties and other corrective actions allowed pursuant to federal or state regulation or statute.

Republican lawmakers , including State Sen. Anthony Bucco (R-25) believe the actions will just will delay a staffing crises caused by the vaccine mandate.

“In true Trenton fashion, Murphy is kicking the can down the road,” Bucco continued. “Better yet, he should kick it off the field completely. There is no need for vaccine mandates.”

Bucco has repeatedly expressed concerns that the mandates will force workers to give up their jobs, exacerbating a staffing shortage that has already impacted some facilities.

“The loss of trained, experienced healthcare workers in this environment is a recipe for disaster,” Bucco said. “Everybody loses when doctors, nurses and other professionals are forced to walk away from their jobs. This is exactly what I predicted would happen six weeks ago and the as what has become common practice, the Governor waited till the final hour to respond. It is time to stop with the mandates.”

The cumulative number of confirmed coronavirus cases in New Jersey as of March 2 was 1,874,696 with 1,176 total new PCR cases. There were 263 probable cases, bringing the cumulative total of antigen tests to 295,365. The total number of individual cases for the state is 2,170,061.

As for those that have passed, the state reported 22 confirmed deaths, bringing that total to 29,998. The state listed probable deaths at 2,968, bringing the overall total to 32,966. State officials noted six deaths occurred in the last 24 hours of reporting that have not yet been lab confirmed.

The state’s dashboard had a count of 758 patients hospitalized as all but two of the 71 hospitals in the Garden State filed reports March 2. By region, there were 260 in the North, 255 in the Central and 243 in the South. Of those hospitalized, 147 are in intensive care units and 89 on ventilators. A total of 114 patients were discharged in the last 24 hour reporting period.

Health officials noted 394 long-term care facilities are currently reporting at least one case of COVID-19, accounting for a total of 22,025 of the cases, broken down between 10,313 residents and 11,712 staff.

The state’s official death total will now be reported as those that are lab confirmed, sits at 9,282 on March 2. The facilities are reporting to the state 8,498 residents deaths and 149 staff deaths.