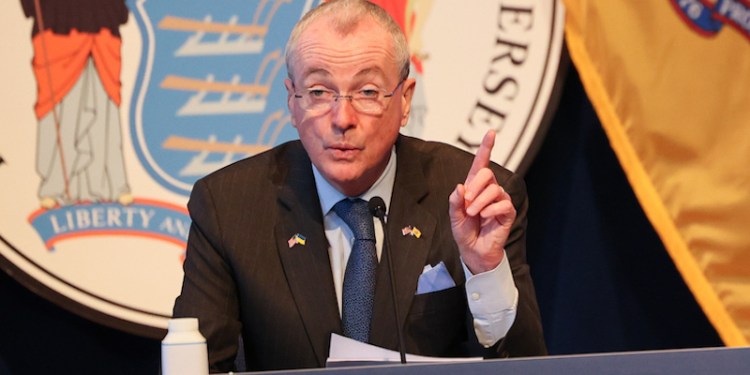 Forty-nine percent of New Jersey residents think measures undertaken by the Garden State during the pandemic were “just right,” while 32% said the state went “too far,” according to the Rutgers-Eagleton Poll.

Meanwhile, 17% of the state’s population argued New Jersey had not done enough during the pandemic.

“The pandemic has become yet another divisive issue that has political ramifications for local,state, and federal elections in the near future,” said Ashley Koning, an assistant research professor and director of the Eagleton Center for Public Interest Polling (ECPIP) at Rutgers University–New Brunswick. “Views on how the state has handled the pandemic have grown more divided since the start of all this two years ago.”

These statistics closely monitor New Jersey residents’ views on how to handle the pandemic moving forward. Just under half (49%) of respondents believed the state should continue as it currently was to battle the pandemic, including mask mandates and COVID-19 vaccination requirements. Thirty-four percent argued the state should be doing less, while 16% argued it could do more.

With Gov. Phil Murphy ending the school mask mandate at schools March 7, the topic was dead center on the minds of many of those polled. Forty-six percent of respondents “strongly agreed” with Murphy’s decision to end the mask mandate at childcare and school settings. An additional 22% said they “somewhat agree.”

In contrast, 12% “somewhat disagreed” and 18% “strongly disagreed” with the ending of the masking mandates.

Of note, the end of the mask mandate does not prohibit them in school settings. Rather, it allows individual schools and institutions to make their own policies on masking.

“Parents especially agree with ending the mandate, as do partisans of all stripes, though to varying degrees. Nevertheless, disagreement is sizable and reflects the debate surrounding the issue of masking that often pits politics and public health against one another,” said Koning.

The Rutgers-Eagleton Poll found concern was at an all-time low since last June, with only 14% “very worried” they or someone in their household would get sick with COVID-19.

Sixty percent of New Jersey residents feel they have less risk contracting COVID-19 now, while 33% felt they had the same risk. Just 7% said they were at increased risk.

Ending of the Health Emergency

The poll was conducted before Gov. Phil Murphy announced the Statewide Public Health Emergency would be lifted effective March 7 at his last COVID-19 briefing March 4.“Like today’s briefing, this action marks the end of this phase in our war against the coronavirus as we make the transition from pandemic to endemic,” said the governor. “We are ready to move forward and to not live our lives in fear.”

To that end, 54% felt “very comfortable” returning to a sense of normalcy in their daily life, with 33% saying they were “somewhat comfortable.” Only 11% said “not very” and 3% “not at all” to answer the question.

“Over half of New Jerseyans think that the pandemic is not technically over, but they are mentally and emotionally ready for it to be,” Koning noted. “Many New Jerseyans are reentering life and returning to normal despite knowing the pandemic will be around for a while.”