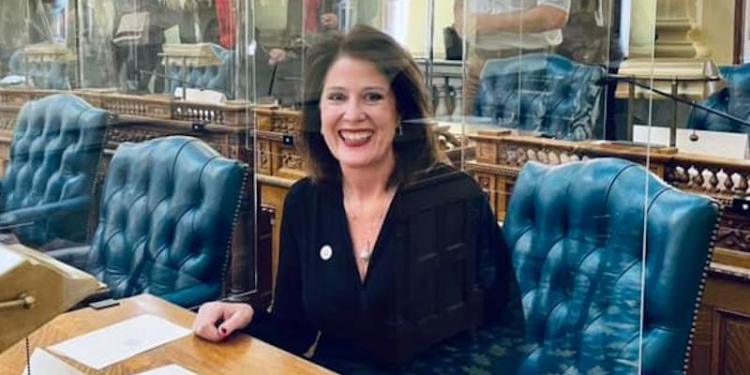 New Jersey soon will offer limited, in-person help with unemployment claims in response to outcry from State Senators who passed a resolution urging Gov. Phil Murphy to address the state’s unemployment backlog and “immediately re-open” unemployment offices that have been shuttered.

“Really, the point is to deliver a message: The administration needs to get people back to work, not at work,” state Senate President Nicholas Scutari (D-22) said in a March 3 floor speech, seemingly drawing a distinction between state employees being physically present in unemployment offices that New Jerseyans can visit as opposed to merely providing online and telephone assistance with jobless claims.

“This is a step in the right direction. I hope they hear us,” Scutari said moments before the chamber passed the resolution (SRes 66), in a unanimous vote. “I’ve never seen anything unify my caucus and your caucus like this ever before,” the Democratic lawmaker told his Republican colleagues.

The same day, New Jersey’s Department of Labor & Workforce Development issued a press release announcing plans to offer limited, in-person unemployment assistance beginning March 28 at some of the state’s One-Stop Career Centers “for claimants who may have difficulty using mobile or online technology.”

In-person help with unemployment claims will only be offered by appointment and after claimants are pre-screened, the department said.

“We have always been committed to serving the greatest number of claimants in the shortest time possible, and there is no question accessing benefits online is easiest, quickest, and most efficient for most claimants. However, we recognize the desire of some claimants to communicate face-to-face when discussing the complexities of their unemployment claim,” said Labor Commissioner Robert Asaro-Angelo in the department’s press release.

The move did little to ease the deep frustrations expressed by both Republicans and Democrats in the Senate in their floor speeches over both the backlog of unemployment claims and the long-term shuttering of state unemployment offices to jobless New Jerseyans.

“The people want to see a person.…They want to be able to go down and physically see someone,” State Senate Majority Leader Teresa Ruiz (D-29) said of unemployment claimants.

Lawmakers recounted the angry and anxious constituents calling them, seeking help that has been unavailable through state unemployment offices for two years during the COVID-19 pandemic.

State Sen. Holly Schepisi (R-39) explained that her staff is inundated with calls from constituents who cannot get resolution to their unemployment claims while the state offices that should be resolving these issues remain closed.

“For almost the entire time of the past two years, many if not most of our legislative offices have been open. Our employees have been coming to work. We have had to spend over 90% of our time doing the state’s job,” she said.

Schepisi added that her staff of mostly part-time employees has been working “five, six, seven days a week trying to help our residents and our constituents who can’t get answers from anybody.

“It’s unconscionable. We as senators can’t get answers from anybody. They took away phone numbers for us to be able to have a live human being to speak to,” she added.

State Sen. Joe Pennacchio (R-26) added he hears his staff taking phone calls all the time from frustrated constituents trying to get help with their unemployment claims.

“Since when did my legislative office become the primary source for taking care of unemployment issues?” he asked.

“You can hear the people screaming at the other end of the line. You can hear the pain in their voices, the angst. Some of them are so frustrated. They just don’t know what to do. And we have become the last and final resort.”

Pennacchio said the Murphy administration should be embarrassed, and he expressed frustration that the Senate did not act sooner on the issue

Murphy addressed the issue at his final COVID-19 briefing March 4.

“There has been an enormous amount of frustration by folks who have not been able to get to a positive resolution on their unemployment claim. I hear it all the time,” Murphy acknowledged. “If folks are out there frustrated because they do not have a rightful resolution, I’m frustrated with them. I get that completely.”

“I know the Commissioner, Rob Asaro-Angelo, is committed to getting all of these claims resolved one way or the other. Some of them are very complicated,” Murphy continued.

“We’ll continue to work with the legislature…. There’s no state that’s batted at a higher batting average or done this more efficiently than New Jersey.”

Labor Commissioner Asaro-Angelo “has long called for a national modernization effort to address the dated and overly complex process of applying for and receiving unemployment benefits,” the state labor department’s press release said.

In mid-December, the US Department of Labor and U.S. Digital Service announced New Jersey had been chosen as one of two states for a pilot project designed to make the unemployment system easier and more accessible to use.