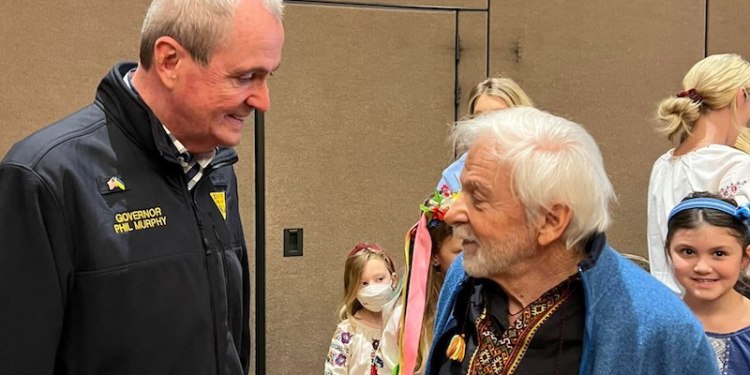 If the need occurs, the Murphy Administration is ready to welcome Ukraine refugees as their first stop in America.

Gov. Phil Murphy sent a letter to President Joe Biden March 2 stating New Jersey would be prepared to host Ukrainian refugees having to flee because of the Russian invasion. In the first 10 days since troops entered on President Vladimir Putin’s orders, it is estimated that 1.5 million have left their homes in the Eastern European country—a number that is expected to grow in the coming days and weeks.

“We are a state built on the contributions of those who came here in search of safe harbor after leaving desperate situations, and we will extend a warm and sincere welcome to Ukrainians displaced by this senseless invasion,” Murphy wrote. “We stand willing and ready to work with your administration to accept and admit Ukrainian refugees to our state.”

Murphy noted the experience the state played with Afghan refugees after the U.S. withdrawal in 2021.

“Last year, we were proud to host Afghan allies and their families at Joint Base McGuire-Dix-Lakehurst,” Murphy wrote. “Now, we will be proud to do our part in welcoming Ukrainian men, women, and children who have left their generational homes in the face of Russia’s cruel and illegitimate invasion of Ukraine.”

The letter preceded the Biden Administration’s decision to provide Temporary Protected Status (TPS) to Ukrainians in the United States. It was an issue that had been pushed by Sen. Bob Menendez.

Established by the Congress through the Immigration Act of 1990, TPS is a temporary, renewable program that provides relief from deportation and access to a work permit for foreign nationals from certain countries who are unable to return safely to their home country due to natural disasters, armed conflicts, or other extraordinary conditions. The decision to deny, withdraw, or terminate TPS is in the sole discretion of the U.S. government.

Menendez said President Biden’s decision was just the latest to make it clear the “United States will not relent in its support for the people of Ukraine in this dark moment in history.”

“After a week of Vladimir Putin’s illegal and ruthless war against the people of Ukraine, I am heartened that the Biden administration is heeding our calls to designate Ukraine for Temporary Protected Status,” said  Menendez. “(TPS) was created by Congress for exactly this purpose—to protect people whose home countries have experienced armed conflict, an environmental disaster, or extraordinary conditions that prevent people from safely returning home.”

The Chairman of the Senate Foreign Relations Committee said ensuring the 30,000 Ukrainians living in the United States have the opportunity to work and live in America without fear of returning to a country under siege was “absolutely the right and moral thing to do.”

“History demonstrates our nation’s ability to welcome people to our country with dignity has made our multiracial democracy thrive,” he said. “The United States must continue to lead the world as a safe haven for migrants who are unable to return home due to ongoing conflict and environmental disasters. I will continue to urge the Administration to utilize this statute to protect more populations who are unable to return home, including nationals from Cameroon, Ethiopia, and Afghanistan.”