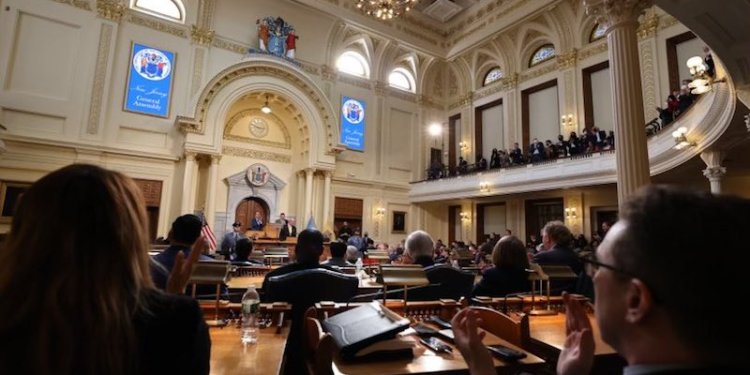 Unsurprisingly after hearing the 2023 Budget Address, lawmakers from opposing parties disagreed with the proposals offered by Gov. Phil Murphy.

GOP lawmakers remarked that the budget plans did not do enough compared to what they have proposed while Murphy’s fellow Democrats were supportive of the governor’s efforts to make the state more affordable for residents of the Garden State.

State Sen. Paul Sarlo (D-36) said he welcomed the proposed budget as it addresses the state’s fiscal priorities as New Jersey emerges from the pandemic, characterizing it as “a serious spending plan.”

“Our top priority is to find sustainable ways to make the lives of New Jersey’s residents more affordable, to reduce their cost of living and to provide tax relief, especially on property taxes,” said Sarlo, chairman of the State Senate’s Budget Committee. “We must be strategic in the use of the federal funds. These resources must be used wisely to invest in state priorities in fiscally responsible ways.”

Assemblywoman Eliana Pintor Marin (D-29), who heads the Budget Committee in that chamber, commented the budget proposal is a result of the hard work done in recent years to establish a strong economic foundation and to build on those gains.

“The discussion now is how to wisely steward growing surplus revenues and continue growth, rather than struggling to find cuts or tax increases to protect essential programs,” said Pinto Marin. “We will be examining this budget proposal in detail to ensure that services and programs are being delivered efficiently. Then we will work collaboratively with the Governor to deliver a budget that works for everyone while ensuring the state’s continued economic success.”

While Assembly Minority Leader John DiMaio (R-23) called the budget “less bad” then the previous ones offered by Murphy, North Jersey Republicans argued the amount of tax relief offered is underwhelming compared to what they have proposed.

“New Jerseyans who are feeling the impact of soaring inflation in their family budgets need tax relief now,” said State Senate Minority Leader Steve Oroho (R-24). “Gov. Murphy’s plan to make people wait until 2023 for rebates is too little, too late. Our Give It Back plan would provide real tax relief now to help New Jersey families pay their bills today.”

Oroho promoted his party’s tax credit plan that would return $3 billion to approximately four million taxpayers, including refundable credits of $1,000 when they file their 2021 tax returns this Spring. In contrast, Murphy is proposing just $550 million in new tax relief for 1.8 million people through his ANCHOR tax property rebate plan in the next budget.

A frequent critic, State Sen. Joe Pennacchio (R-26) denounced what he believes is “ravenous spending” that would be “an albatross around the necks of New Jersey’s weary taxpayers.”

“Since taking office, Murphy has increased spending by an outlandish 40%. He is trying to hide behind what he calls the ANCHOR Property Tax Program, which comes far short of delivering any real relief to residents,” said Pennacchio. “The only anchor today is the unsustainable spending plan that will sink families deeper and deeper into the muck of New Jersey unaffordability.”

The Morris County lawmaker emphasized in his view that Murphy is late to the party on the affordability issue that he sees as driving people out of New Jersey.

“New Jersey’s citizens are being faced with the highest property taxes in the country, hyperinflation at the supermarket and at the gas pump. One third of businesses have gone bankrupt under Murphy with the remaining businesses facing massive increases on employer’s payroll taxes” said Pennacchio. “Inflation has already evaporated the limited benefits of the Governor’s tax relief ANCHOR. It will have little effect on improving the lives of New Jersey’s citizens, an example of yet another missed opportunity.”

“When the Murphy administration is sitting on a huge windfall of taxpayer funds, there’s no excuse for anyone to oppose providing tax relief to workers when they get small cost-of-living raises to account for inflation,” said Bucco. “I know Gov. Murphy will never want to lower a tax, but it’s a small cost to the state when we’re swimming in money. It’s also the right thing to do to help low- and moderate-income families living paycheck to paycheck.”

Bucco’s legislation would index New Jersey’s gross income tax brackets annually for inflation, as has been done by the federal government for over 40 years and by 37 other states. The North Jersey lawmaker noted that the governor’s proposed budget doesn’t appear to stop automatic payroll tax and toll increases from taking effect in the next fiscal year.

“Families are struggling with higher grocery prices due to inflation and surging gas prices due to the war in Ukraine,” Bucco added. “It’s shocking that Gov. Murphy would add to that burden by allowing unnecessary tax and toll increases to take effect when he already has billions he wasn’t expecting in the bank.”

“This should have been the year of real reform. We are still spending more money than we are taking in. How many households do that? How many businesses do that? Not too many for too long,” said Wirths, who is the GOP’s budget officer in the Assembly. “We need to start spending within our means and this was a great opportunity the governor had and they missed it.”

But as a member of the Budget Committee, Senate Majority Leader M. Teresa Ruiz (D-29) is looking forward to hearing from residents around the state during the budget process to ensure it addresses the needs of residents and offers support to those who need it the most.

Ruiz focused on the educational issues Murphy said his budget will address, with increases to school funding and investments in childcare infrastructure.

“With this year’s budget, we come one step closer to districts around the state reaching full funding” said the Essex County lawmaker. “I am grateful to have the Governor as a partner in efforts to address the learning loss compounded over the last two years. These efforts underscore our commitment as a state to invest in the next generation and work towards a day when all of our students and families have access to the highest quality education in the country.”

Outside Forces At Hand

Sarlo did offer one cautionary note on any plans legislators from either party have currently when it comes to the budget.

“As we continue to focus on the financial needs of the people of New Jersey, I believe we have to take a two-year budget perspective,” said the Bergen County lawmaker. “We have to be mindful of the national and international conditions that could impact the economy, state revenues and the financial well-being of the state’s residents and businesses.”