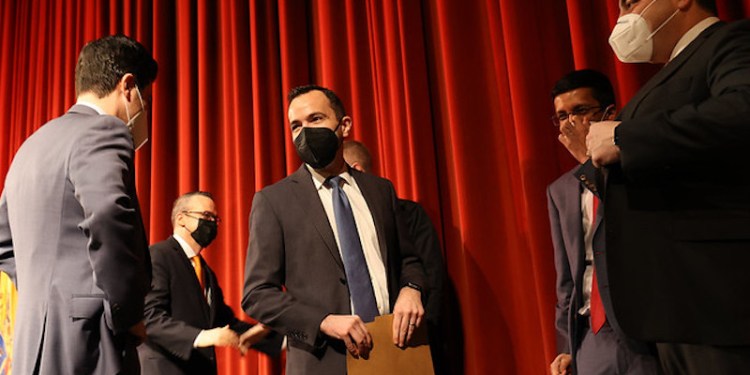 Acting Attorney General Matthew Platkin announced New Jersey’s participation in a multistate investigation of the social media platform TikTok, and its effect on and potential harm to minors.

Specifically, the investigation will seek to uncover whether TikTok is violating state consumer protection laws. Additionally, it will try to determine what the social media company itself already understands regarding its harms to minors.

Platkin noted many Garden State parents have wondered about the impact of social media on the mental and physical health of their children.

“Many parents and child advocates are rightfully concerned about the impact of social media usage on young people’s safety and wellbeing,” he said. “If social media platforms like TikTok and Instagram are violating our laws and exposing young users to psychological and physical harms, we will hold them accountable.”

In his State of the Union address, President Joe Biden directly called out the dangers of social media on children, and said his administration would hold these companies accountable for the “national experiment they’re conducting on our children for profit.”

The President highlighted the presence of Frances Haugen, a former Facebook employee-turned-whistleblower who exposed tens of thousands of internal documents to the Securities and Exchange Commission and The Wall Street Journal in 2021.

Other Participants in the Case

The TikTok investigation will be co-led by a bipartisan group of Attorneys General from eight states, including Platkin.

Additionally, representatives from Nebraska, California, Florida, Kentucky, Massachusetts, Tennessee, and Vermont have signed on to the investigation.

These same states announced in November 2021 that they would investigate Meta Platforms, formerly known as Facebook, to address similar concerns regarding child safety.

The China-based, video-focused social networking service is owned by ByteDance Ltd., and hosts a variety of short-form user videos between 15 seconds and three minutes in length. The platform was released in China in 2016, and was released globally in August 2018.

For comparison, BackLinko notes TikTok amassed 3 billion downloads and penetrated one-third of all social media users on the planet in less than four years. It took Facebook and Meta nearly a decade to reach that user base.