Inside The Numbers: What Makes Up Murphy’s $48.9B Budget 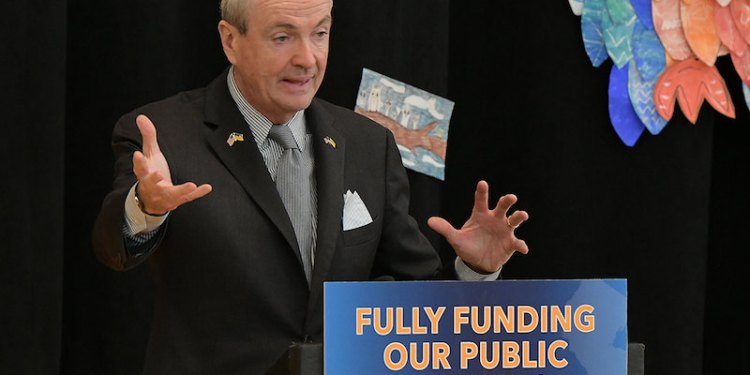 The Democratic governor in his March 8 address to lawmakers said his budget includes no new taxes or fees and focuses on measures aimed at promoting affordability. To this effect, his budget additionally proposed holding NJ Transit fares constant for the fifth consecutive year. This would make good on a recent campaign pledge that Murphy made in his successful bid for reelection.

His budget proposal additionally would provide a one-year holiday from fees for couples seeking marriage licenses in New Jersey and certain healthcare professionals applying for or renewing their licenses.

“The budget I propose…continues the work of the past four years—restoring fiscal responsibility, promoting economic growth, and making New Jersey stronger, fairer, and more affordable for our families and seniors,” Murphy said in a statement accompanying his written budget blueprint.

Under the fiscal responsibility heading, Murphy touted making a full payment to New Jersey’s public pensions for the second straight year and a proposal to put $1.3 billion into a fund for fiscal year 2022 to pay down debt.

Under the economic growth heading, Murphy said his budget aims to spur “ongoing recovery from the pandemic.” He proposed investments in programs that include the New Jersey Apprenticeship Network, which he said has helped nearly double the number of registered apprenticeship programs statewide since 2019.  Murphy additionally requested $10 million for the Black and Latino Seed Fund and sought an investment of $65 million in new real estate initiatives, including “a Diverse Developer Fund to ensure that new construction reflects more communities.”

Murphy touted his budget blueprint’s proposed $6.82 billion payment to public employees’ defined benefit pensions, noting that a move to fully fund the state’s pension contribution in fiscal 2022-2023 would mark “the first time this has happened in consecutive years” in New Jersey since fiscal year 1996.

“In FY2022, Governor Murphy became the first New Jersey governor in a generation to honor commitments to hundreds of thousands of retirees and public sector employees. The FY2022 payment fully funded the State’s Actuarially Determined Contribution (ADC), and provided an additional payment of $505 million, which will save the State more than $2.2 billion over the next 30 years,” Murphy’s administration said in a 101-page outline of Murphy’s budget recommendations.

Additionally, Murphy proposes to make a $1.3 billion deposit in the state’s Debt Defeasance and Prevention Fund for fiscal year 2022. This would be in addition to the $3.7 billion appropriated last June, bringing the total set aside for reducing New Jersey’s debt load to $5 billion, Murphy said.

In the area of corrections, Murphy’s budget documents mention the state’s ongoing efforts to close down the troubled Edna Mahan women’s prison in Clinton and re-house its residents.

“While women are still held at Edna Mahan, the State is working to ensure their safety and security by completing the installation of security cameras to cover blind spots and completing the roll out of body worn cameras for all officers,” the Murphy administration said.