by North-JerseyNews.com
in Opinion
1 1
41 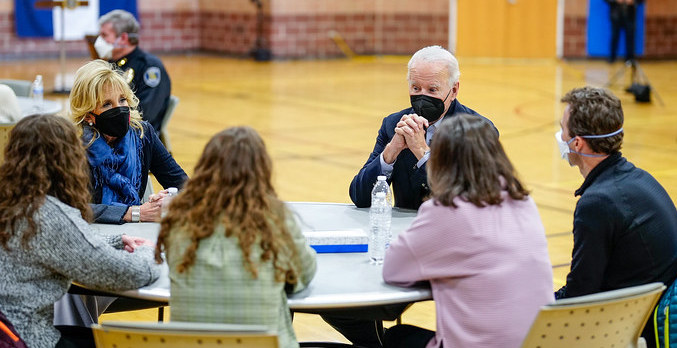 Historians have noted even for the most experienced and knowledgeable of politicians, it takes a year for a U.S. President to find their footing in the White House.

Between the State of the Union and his leadership in bringing the world together against Russia for its invasion of Ukraine, Joe Biden showed why he was elected President.

Biden and officials in his administration have been at the forefront of sanctions attempting to cripple the leadership of Russian President Vladimir Putin. They have been prudent on what aid to and not give to Ukraine as not to expand the conflict into a battle that would give Putin an excuse to attack NATO nations and draw us into war.

The President has been forthright with Americans that these actions were going to cause financial hardships at home, especially at the gas pump. But they are needed as the U.S. can not stand by while a democratic ally faces an unprovoked attack.

As for his domestic agenda, President Biden’s address before Congress was most notable for his full-throated declaration that Democrats would not be any part of defunding the police. For a presidency that at times seemed hijacked by the extreme left elements of his party, it was a call to remind Dems to listen to the majority of Americans who are centrists.

Additionally, he reiterated his policy goals of passing legislation to address climate change, reducing healthcare costs and bringing manufacturing back to the U.S. This is an agenda that got stalled not due to being unpopular but because of the price tag.

And President Biden was right to pivot to no longer governing through the spectrum of COVID. The numbers show it was time and, most importantly, the American people understood that the plan of vaccine, testing and therapies allowed us to move forward to live with the coronavirus and be prepared if a surge occurs.

Most notably for us, he went on the offensive and talked about the accomplishments of his administration during his just-over first year in office. There was the Bipartisan Infrastructure Bill, the American Rescue Plan, job growth and his focus on easing the supply chain bottleneck. Yes, inflation does damper these accomplishments. But think where the U.S. economy would be without this progress.

We were heartened to hear his commitment to continue to work across the aisle after signing 80 bipartisan bills into law last year. He offered four areas—combating the opioid epidemic, funding mental health resources for the youngest affected by the pandemic and social media, increasing funding to support veterans facing health issues from burn pits, and to supercharging the Cancer Moonshot he started six years ago—that all Americans want to see done.

The President ended his address by stating “As hard as those times have been, I’m more optimistic about America today than I’ve been my whole life because I see the future that’s within our grasp, because I know there is simply nothing beyond our capacity.”

We are not naive—we know there are big problems that America is facing, kitchen table issues that have us all worried.

But that was why Biden was elected, because over 80 million voters saw a man that believes in the greatness of America to get us through these times together. After a year of growing into the job, it is good to see the Joe Biden we elected has returned when the U.S. and the world needs him the most.