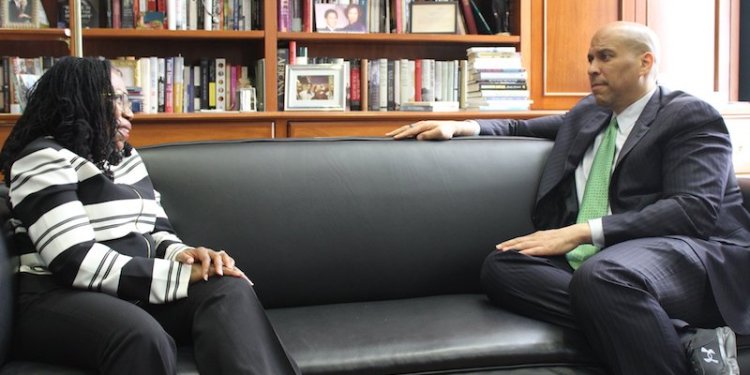 Sen. Cory Booker applauded the U.S. Senate’s passage of the Emmett Till Anti-Lynching Act, an issue he first launched at the federal level in 2018.

“After 200 failed attempts and over a century’s worth of efforts, I am proud to say that Congress has finally passed legislation to criminalize lynching, a shameful instrument of terror used to intimidate and oppress Black Americans,” said Booker.

Under the law passed Match 7 that now heads to President Joe Biden’s desk, lynching would be recognized under the United States Code as a crime which warrants an enhanced sentence under existing federal hate crime statutes.

“Although no legislation will reverse the pain and fear felt by those victims, their loved ones, and Black communities, this legislation is a necessary step America must take to heal from the racialized violence that has permeated its history,” he said.

Booker said more than 4,000 African-American men, women, and children were lynched between the 19th and 20th centuries.

“Between 1936 and 1938, the national headquarters of the NAACP hung a flag with the words ‘A man was lynched yesterday’, solemn reminders of the dark eddies of our nation’s past,” he said. “The bipartisan support this bill has achieved underscores the importance of meeting this moment, of reckoning with the past, and of finally being able to say that we did the right thing.”

Rep. George Henry White of North Carolina first introduce legislation on the matter in 1900, and more than 200 Congressional bills would attempt to make lynching a federal crime from that point forward.

Sen. Bob Menendez lent his support to his colleagues’ legislation, calling the passage of the bill “a necessary and critical step in our nation’s progress to address the crimes and oppression inflicted on Black communities across the country.”

“I applaud Senator Booker for his dedication and unrelenting commitment to push this over the finish line and on a night of great significance as we mark the anniversary of Bloody Sunday. I have no doubt that the civil rights champions who marched across the Edmund Pettus Bridge, including our former colleague John Lewis, are looking down on this moment with great pride,” he said.

The legislation was first introduced and sponsored by Booker, Sen. Tim Scott (R-SC), and then-Sen. Kamala Harris, with Scott and Booker reintroducing it Feb. 28.

“While we cannot erase our nation’s past, we can work toward a better future for all Americans,” said Sen. Scott. “The Emmett Till Anti-lynching Act will do just that. This long-overdue piece of legislation sends a clear message: We will not tolerate hatred and violence against our fellow Americans.”

A companion bill, sponsored by Rep. Bobby Rush (D-IL), was passed on the same day the Senators reintroduced the legislation.