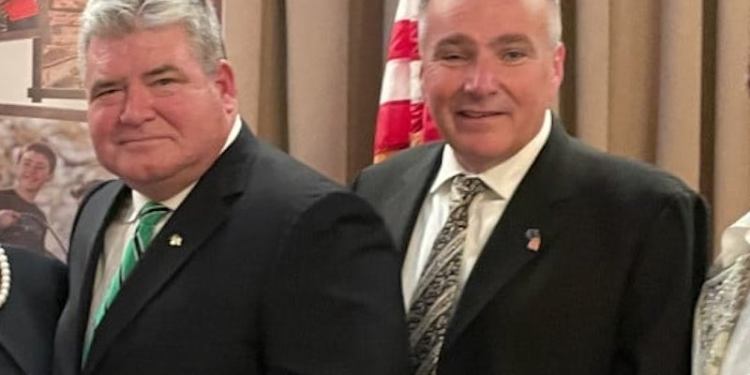 According to State Senate Minority Leader Steven Oroho along with Assemblymen Parker Space and Hal Wirths, 28 of 38 school districts in Morris, Sussex and Warren counties in the 24th will lose money in the FY 2023 budget— including four with more than 30% reductions and two more at 28%.

“There’s nothing fair with a funding formula that adds millions in state aid to certain school districts while cutting millions to others year after year,” said Oroho. “These funding cuts will not only result in an increase in property taxes, but cuts of this magnitude will certainly impact core educational programs for students. I’ll be working during the state budget process with my legislative colleagues who have been impacted by these devastating cuts and fight for true funding fairness for schools.”

Murphy’s budget proposes spending $19.2 billion on education, continuing the seven-year phase-in to be in compliance with New Jersey’s school funding formula. This transition was required in a 2018 law designed to address inequities that had resulted from years of overfunding some districts while failing to adequately meet the needs of other growing districts.

The budget proposal includes $20 million in Stabilization Aid to provide one-time assistance for school districts facing fiscal challenges. When the transition to full funding is complete, the Murphy Administration said all school districts will be funded as envisioned in the state’s school-funding formula: based on student enrollment and community factors.

Among the initiatives Murphy has highlighted since his budget address include an increase of nearly $68 million in pre-K aid, for a total of $991.8 million for pre-K in the FY 2023 budget. The increase consists of $28 million for existing programs and $40 million for new pre-K programs. The additional pre-K funding is in addition to, and separate from, the $650 million in additional K-12 school aid, or “formula aid.”

But as as a whole, state aid for schools in the 24th Legislative District will drop by $3,956,090, a cumulative cut of more than $21 million over the last three years according to the three legislators.

“Murphy boasts of a $650 million school aid increase, but he won’t admit that half of that money would benefit only 11 school districts,” said Space. “There’s been a lot of talk about affordability from the Administration, but the same pattern has been going on year after year under this Governor.”

“It is a big reason why more educational services will be stripped away, and property taxes will rise in communities across the state, and Murphy’s Affordable New Jersey Communities rebate won’t come close to making up for it.”

Statewide 183 school districts will lose state funding by as much as $68 million, or 48%. Of the 11 schools sharing the bulk of the new school money, one will enjoy a 92% spike, or $120 million more than last year.

“Murphy is spending tens of millions of dollars on illegal immigrants while our students, parents, educators, and taxpayers suffer,” Wirths said. “These numbers, combined with rampant inflation, mean schools will have to do more with even less, and our children will pay the price.”

The lawmakers pointed out that the governor rejected his own economic advisers advice against cutting aid to local governments during financially difficult times along with $3 billion in federal funds still remaining unallocated.

“Schools are suffering while Murphy sits on a pile of money rather than put it to good use helping educate New Jersey children in towns that are reeling from the impacts of COVID, high inflation, and one of the highest unemployment rates in the country,” Wirths said. “Last year, Republicans called on Murphy to use federal relief funds to protect schools from any loss of aid over a three-year stretch. This all should have been avoided.”