Assemblyman reacts to policy put forth by Platkin, Callahan 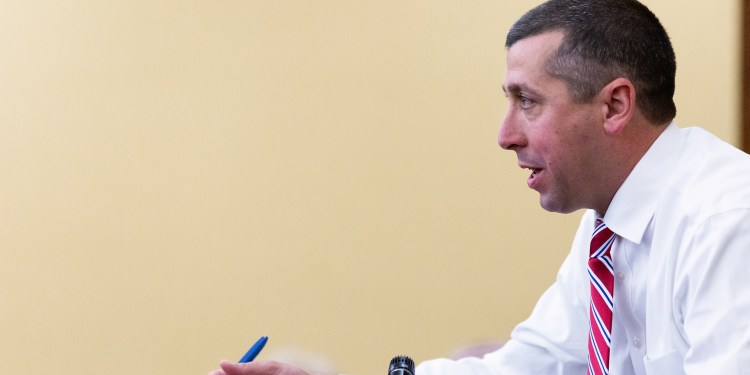 A new car chase policy put forth by the state’s Attorney General and Police Superintendent would simply aid criminals and prevent cops from performing their duty, according to one North Jersey GOP lawmaker.

“Criminals are stealing cars to hide their identity as they commit other offenses and now cops can’t pursue a possible stolen vehicle. It’s ridiculous and irresponsible,” Bergen said.

Part of an overhaul of police use of force, Bergen argued law enforcement would no longer be permitted to chase a suspect due to speed or evasive driving.

“Need ideas on how to improve policing in New Jersey? I have them. Invest heavily in training our officers, provide resources and let them do their jobs,” Bergen said. “When the few bad apples occasionally expose themselves, throw the book at them, but empower the 99% to protect and serve.”

Bergen cited news reports saying nearly 900 vehicles had been stolen in Morris County alone between 2018 and the end of 2021. He said law enforcement officers often reported recovered cars were riddled with bullets, burned, or contain other evidence of use in violent crimes.

Separately, North-Jersey News.com reported there were 14,320 vehicles reported stolen in New Jersey in 2021. This was a 22% increase in overall thefts when compared to the year before.

New Jersey State Police analysis indicated there was often a strong link between stolen vehicles and shootings, as well.

“The new Attorney General Matt Platkin should immediately roll back these politically-motivated and completely nonsensical policies. Time to see if this attorney general is interested in public safety or politics and this is his first test,” Bergen said.

Platkin and Callahan said they would allocate additional resources to contend with rising car theft levels in the state, which were hitting new records.

The Auto Theft Task Force would be granted additional detectives and prosecutors, and more police departments from around the state would be brought into the fold.

Additionally, Platkin would make up to $125,000 available in federal Justice Assistance Grant (JAG) funds to bolster resources with the Auto Theft Task Force.

“The public has to realize this is a very real and very dangerous problem that has implications far beyond the initial theft of a vehicle and carries into the realm of violent crime,” said Callahan.