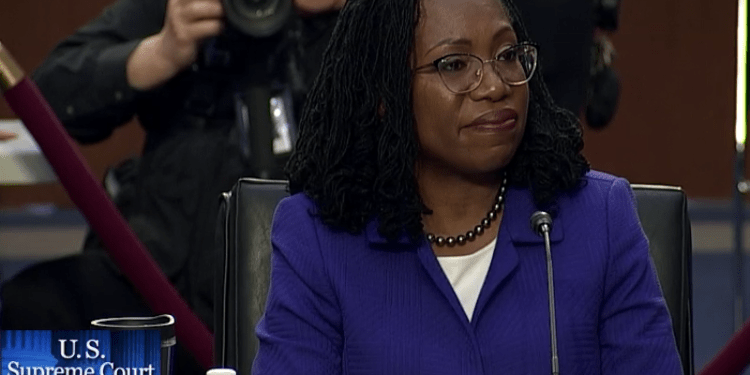 On the first day the U.S. Senate began confirmation hearings for President Joe Biden’s choice to the Supreme Court, a national poll from Monmouth University shows Americans are backing the historic nomination.

Respondents to the poll approved the perspective appointment of Judge Ketanji Brown Jackson to the U.S. Supreme Court by a more than 2 to 1 margin as well as President Biden’s fulfilling his promise to name a Black woman as his first SCOTUS nominee as more than two-thirds of the public feels it is important for the court to reflect the nation’s diversity.

But despite the survey’s results, only 2 in 10 believe that having a Black woman on the Supreme Court will have a real impact on how cases are decided and 3 in 10 say it will have no impact.

Fifty five percent of those polled believe Jackson should be confirmed as an associate justice on the Supreme Court. Only 21% say she should not be confirmed and 24% offer no opinion. A combined 47% believe she is qualified for the lifetime appointment, with 33% stating she is very qualified and 14% somewhat qualified (14%). Just 9% say she is not qualified while 43% have not heard enough about the nominee to assess.

Brown Jackson currently serves as a federal judge on the United States Court of Appeals for the District of Columbia since 2021. Among the accomplishments backers have cited are being a clerk for the man she would be replacing, U.S. Supreme Court Associate Justice Stephen Breyer, her work an assistant federal public defender in Washington, D.C., and serving as vice chair of the United States Sentencing Commission.

There is widespread support for Jackson’s nomination among Democrats while Republicans tend to be opposed, but not overwhelmingly so. Specifically, 82% of Democrats say Jackson should be confirmed and 64% say she is very qualified. Among Republicans, 42% say she should not be confirmed with 20% feeling Jackson is not qualified to sit on the court (compared with 34% who say she is qualified).

“Expectations of Judge Jackson’s impact may be limited, but that might be seen as a good thing. The public may primarily see all nine justices as sharing a common background as jurists first and foremost. The diversity of its membership brings more nuance to their deliberations,” stated Murray.

Among Black Americans, 73% say Jackson should be confirmed and 80% approve of Biden’s promise to name a Black woman as his first SCOTUS nominee. By comparison, 61% of other racial minorities approve of Biden making race and gender a priority in his choice, but non-Hispanic whites are divided on this (45% approve and 50% disapprove).

Additionally, the Jersey Shore polling out found the U.S. Supreme Court as a whole receives a approve/disapprove rating of 42% each way for the job it is doing. Republicans (52%) are more likely than Democrats (31%) to approve. Comparatively, the Supreme Court earned a more positive rating of 49% approve and 33% disapprove, with Democrats (65% approve) being more positive than Republicans (36% approve) in 2016.

Other poll findings include: