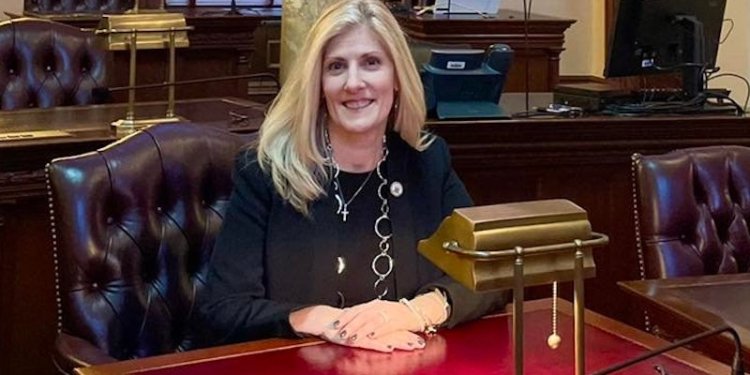 With the performance of the state agency in charge of unemployment benefits continuing to draw the ire of lawmakers in New Jersey, State Sen. Kristin Corrado (R-40) called for New Jersey Labor Commissioner Robert Asaro-Angelo to resign.

Corrado statement on March 21 follows the commissioner’s recent appearance before the Senate Labor Committee and two years after his department’s offices closed to the public.

The call by Corrado comes after earlier this month the State Senate unanimously voted for a resolution urging Gov. Phil Murphy to “immediately re-open” unemployment offices and address the unemployment backlog.

During the debate on the resolution, lawmakers recounted the angry and anxious constituents calling them, seeking help that has been unavailable through state unemployment offices for two years during the COVID-19 pandemic.

State Sen. Holly Schepisi (R-39) explained that her staff is inundated with calls from constituents who cannot get resolution to their unemployment claims while the state offices that should be resolving these issues remain closed.

“For almost the entire time of the past two years, many if not most of our legislative offices have been open. Our employees have been coming to work. We have had to spend over 90% of our time doing the state’s job,” she said. “It’s unconscionable. We as Senators can’t get answers from anybody. They took away phone numbers for us to be able to have a live human being to speak to.”

That was followed by the Asaro-Angelo appearing before the Senate labor committee. Corrado stated she was “extremely thankful that both Republicans and Democrats on the Labor Committee forcefully voiced our shared concerns directly to the commissioner on behalf of the entire Legislature and the millions of people we represent who deserve better.”

But Corrado noted the lack of response that all New Jerseyans have encountered while attempting to get answers to unemployment claims during the pandemic that has continued since those events.

“They don’t answer calls, they don’t respond to emails, and they don’t provide any helpful information,” Corrado said. “After two years, it still hasn’t gotten better. The online and phone-based claims systems still don’t work for many people, and unemployed workers still can’t walk into an unemployment office to get in-person help when everything else has failed.”

The call from Corrado follows her district colleague, Assemblyman Christopher DePhillips (R-40), announcement that he would  introduce articles of impeachment against Asaro-Angelo, arguing that his incompetency has turned lawmakers’ offices into “satellite unemployment offices.”

DePhillips stated Asaro-Angelo was not performing the duties of his office, and that this contributed to residents’ suffering during the pandemic.

“The labor commissioner is simply adding insult to injury. Our unemployed residents deserve undivided attention and unlimited in-person help so they can receive the payments they rightfully earned,” DePhillips said. “It is what the Labor Department is supposed to do and since it’s not happening, the commissioner must go.”