New Jersey ‘On the Wrong Track,’ Half of Residents Say 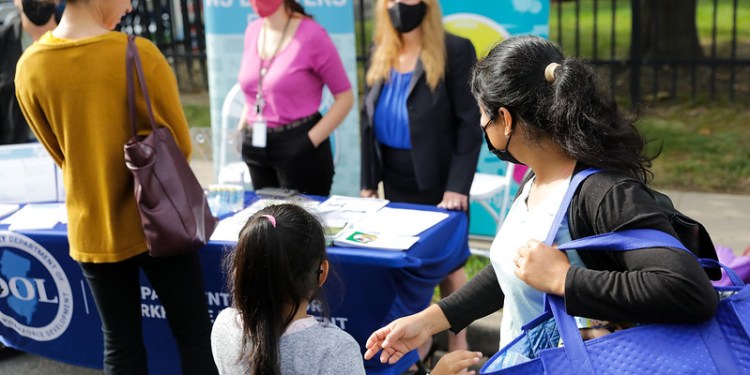 Half of New Jerseyans say the Garden State is “on the wrong track” compared to 38% of state residents who say New Jersey is headed in the right direction, according to poll results released March 21.

“New Jerseyans have a slightly better outlook on the state’s future nowadays than when the Murphy administration first took over in 2018, but pessimistic views still outweigh optimistic ones,” said Ashley Koning, director of the Eagleton Center for Public Interest Polling at Rutgers University–New Brunswick, which conducted the poll.

“Residents have been more negative about the Garden State since March 2014, a streak broken only temporarily in June 2021 in the wake of Gov. Murphy’s pandemic-induced high ratings, COVID-19 vaccine availability, and the state opening up after a year of pandemic restrictions,” Koning added.

Democrats (64%) were twice as likely as Independents (33%) and five times more likely than Republicans (13%) to say the state was heading in the right direction.

Likewise, 82% of Republicans said the state has gone off on the wrong track. Over half of Independents—55%—shared this sentiment.

On the issues of affordability and taxes, New Jersey residents registered the most discontent. Eight in 10 poll respondents said they were dissatisfied at some level when asked about cost of living and affordability.

Koning pointed to consistency in New Jerseyans’ sentiments on their state government in recent years.

“Satisfaction with how the New Jersey state government is handling a range of issues has changed little in the past four years despite the change in administration in 2018,” noted Koning. “Taxes and affordability are issues that have continually plagued the state…while education has always been viewed as a strong point.”

In the area of education, six in 10 poll respondents said they are satisfied with New Jersey’s education system and schools. Approximately three in 10 are dissatisfied—the lowest level of dissatisfaction the poll found on any issue.

Just over half of those polled expressed some level of dissatisfaction with how the state government is handling the budget and government spending (32% “very” dissatisfied, 23% “somewhat”), while over a third are more positive on this issue (6% “very” satisfied, 30% “somewhat”).

Rutgers-Eagleton found that New Jerseyans are more split on how the state is doing regarding mental health and addiction (36% satisfied, 47% dissatisfied) and transportation and infrastructure (48% satisfied, 48% dissatisfied), with most responses residing somewhere in the middle.

Findings came from a statewide poll of 1,044 adults contacted by live interviewers on landlines and cell phones from Feb. 25 through March 4. The full sample had a margin of error of plus or minus 3.5 percentage points.