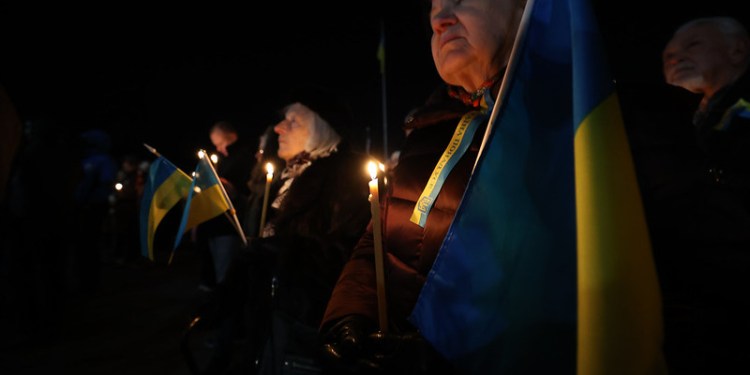 If the U.S. government decides to send troops to Europe and increase its presence in the ongoing Russia-Ukraine War, it will likely have strong support at home.

That’s because a pair of New Jersey-based polls have found that New Jerseyans and Americans are in favor of the U.S. supporting Ukraine amidst the Russia-Ukraine war.

The Monmouth University Poll found that the majority of Americans support a U.S. troop presence in Europe, but not in Ukraine itself.

Meanwhile, the Rutgers-Eagleton Poll found three-quarters of New Jersey residents thought the U.S. should play at least a minor role in Ukraine, but support was split on sending additional troops to Eastern Europe.

Sixty-nine percent of Americans supported sending troops to European allies, according to the Monmouth University Poll, with 41% saying the U.S. should send troops directly to Ukraine.

Meanwhile, the Rutgers-Eagleton Poll found that 46% of New Jersey residents supported sending additional U.S. troops to Eastern Europe in a bid to deter Russia, but 43% opposed the move. An additional 11% either had no opinion or were unsure.

“With New Jersey having one of the largest Ukrainian populations in the country, residents here are slightly more likely than Americans nationwide to want to see the U.S. play a major role in the conflict and send additional troops,” said Ashley Koning, an assistant research professor and director of the Eagleton Center for Public Interest Polling (ECPIP) at Rutgers University–New Brunswick.

The Monmouth Poll found an interesting caveat for the troop deployments, with 69% concerned about the use of nuclear weapons if the conflict continues.

The Monmouth poll found 81% of Americans supported the economic sanctions being levied against Russia by the U.S. and other nations. Additionally, 78% thought a ban on Russian gas and oil imports would be helpful.

Most respondents thought the sanctions were affecting Russia’s ability to continue the invasion, with 25% thinking it had a major impact and 49% saying it had a minor impact.

“The poll finds widespread bipartisan support for sanctions. Moreover, Americans appear willing to bear some financial burden, at least for the time being, in the hopes of stopping the Russian assault,” said Patrick Murray, director of the independent Monmouth University Polling Institute.