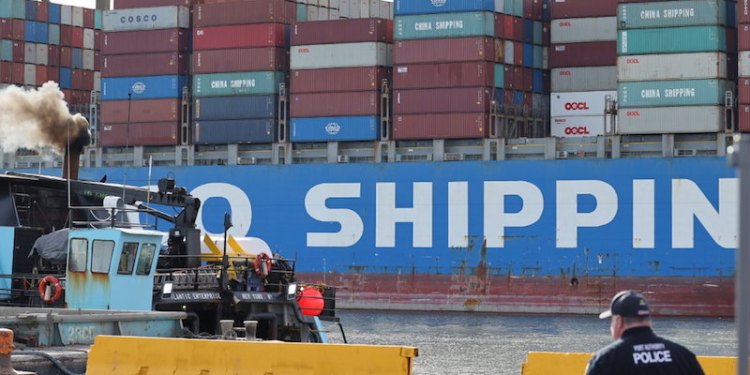 New Jersey officials are pressing onwards toward the March 28 separation date with New York from the Waterfront Commission Compact—and going to the highest court in the land to do so.

Gov. Phil Murphy and Acting Attorney General Matt Platkin filed a legal brief March 21 in the U.S. Supreme Court to oppose a last-minute request for an injunction by New York to stall the effort.

“Our withdrawal is long overdue,” said Murphy in a press statement. “The compact made sense in 1953. It makes no sense now. The commission has long outlived its usefulness, and my Administration remains committed to extricating New Jersey from the compact.”

The legal brief noted that nothing in the compact’s text, structure, or history limits New Jersey’s ability to withdraw.

In announcing the legal brief, the pair of officials noted that New York waited until the “eleventh hour” to sue New Jersey, despite knowing for more than four years that New Jersey intended to leave the compact. New York has argued that lawmakers in Trenton could not simply decide for themselves that they no longer wanted to honor their obligations under the agreement.

The injunction was requested two weeks before the state was scheduled to withdraw from the Waterfront Commission, and after the New Jersey State Police spent months preparing to ensure a transition of responsibilities.

“The U.S. Supreme Court should reject New York’s last-minute effort to keep New Jersey in the Waterfront Commission,” said Platkin. “New Jersey followed the law when it decided to withdraw from the Waterfront Commission. And consistent with our statute, the State Police…has spent months preparing to undertake oversight at the port, including to protect public safety and safeguard the port.”

In part, Platkin’s legal brief argued New York had no right to an injunction, and that New York waited far too long to object to the withdrawal.

Gov. Chris Christie signed the bipartisan legislation in January 2018 that would lead to the withdrawal from the compact. The law was enacted in December 2021 after the U.S. Supreme Court declined to a hear a case brought by the commission challenging the statute.

New Jersey then notified New York, Congress, and the Commission on Dec. 27, 2021 that it would officially withdraw from the compact in 90 days—representing March 28.

The New Jersey State Police were selected to assume responsibility over at the port in part due to their vast resources ables them them to be “well prepared to take on the duties and responsibilities of the Waterfront Commission.” said Colonel Patrick J. Callahan, Superintendent of the New Jersey State Police. “We stand committed to working with our partners to ensure a smooth transition and look forward to this new challenge.”

“The bistate commission has done the job for almost 70 years, but it is a different world now and the commission has outlived its usefulness,” stated Oroho. “New Jersey has a robust plan in place that entrusts the State Police to serve in the watchdog role, providing the same level of security, and allowing a more efficient flow of cargo through the port.”

Added Scutari, “The transition is needed for an industry that supports thousands of jobs and generates billions of dollars as a key part of New Jersey’s economy.”

“New Jersey got it right and New York is wrong,” said International Longshoreman’s Association President Harold Daggett. “The ILA and most every stakeholder in the industry applauded New Jersey Gov. Phil  Murphy and New Jersey Lawmakers who sought to replace the Waterfront Commission with the more professional, well-funded,  New Jersey State Police and take over the duties of longshore background checks.”

New Jersey ‘On the Wrong Track,’ Half of Residents Say