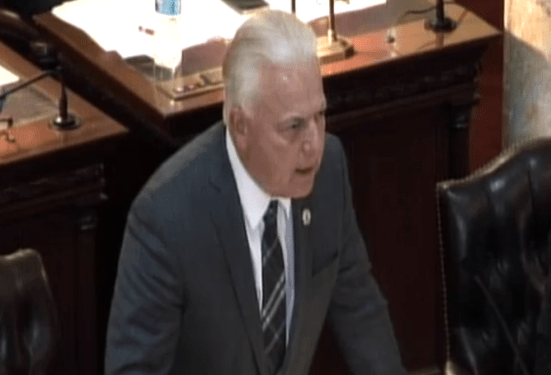 With GOP Senators raising the subject of critical race theory (CRT) during the Supreme Court nomination hearings of Judge Ketanji Brown Jackson, a North Jersey lawmaker is reconforming his party’s push to limit their teachings in the Garden State.

“The term ‘unconscious bias’ is one of the key tenets of CRT. They are intent on teaching students that they are racists even if they don’t mean to be, and they are teaching this to kids as young as kindergarten-age,” said Pennacchio.

Supporters of the bill argue that it is needed to redresses some of the directives contained in legislation passed in the previous legislative session and signed into law on March 1, 2021. Pennacchio and Testa previously introduced legislation to prohibit teaching critical race theory in public schools and bar public school teachers from engaging in political, ideological, or religious advocacy in classroom.

When originally introduced, the new law would have established standards for high school education. But before it was passed it was amended to include students as young as 4 and 5 years old. Pennacchio and Testa’s bill would return the focus to higher grades.

“The moral and sexual upbringing of young children is the responsibility of mothers and fathers,” said the Morris County lawmaker. “In their effort to redraw the lines of authority and societal mores, Democrats in the Legislature have deliberately and stealthily moved toward an extreme curriculum on topics such as sexuality and critical race theory.”

Testa added “This common-sense bill reforms an out-of-control attempt to unnecessarily introduce sexuality into our kindergarten and elementary school children. We trust parents to know what is best for their kids in this area and believe that they should have the final say, not the woke crowd who want to insert their progressive agendas into our classrooms.”

The issue has been front and center on the national stage as Sen. Ted Cruz (R-TX) questioned Brown Jackson about CRT and whether it might influence her work as a justice during her confirmation hearing on March 22.

Cruz singled out a book titled “Antiracist Baby,” which argues that babies are taught to be racist or anti-racist and there is no neutrality. He said he raised the issue as the book was taught to four- to seven-year-olds at Washington’s Georgetown Day School, where the judge serves as a member of the board of trustees.

Jackson explained that Georgetown Day School has a “special history” as a private school that was founded by three White families and three Black families at time when racial segregation was mandated by law.  She said equality and justice are “at the core” of the school’s mission

Give It Back Initiative

Asked by Cruz to define CRT, she stated it is “an academic theory about the ways in which race interacts with various institutions.”

The proposed law in New Jersey is part of the GOP’s both national and state push on parental rights. Republican state senators have stated it is a key component in their Give It Back initiative, which they believe provides New Jerseyans an opportunity to tell Gov. Phil Murphy to give back everything he has taken from them.

“The Democratic legislative majority is fixated on manipulating the beliefs and philosophies of the next generation, and they are willing to trample on the rights of parent to raise their offspring,” claimed Pennacchio. “We want to prevent schools from teaching little kids about gender identities or deprogramming their ‘unconscious racial and sexual biases.’ Leave it to parents to decide how they want to approach these issues with their young children.”