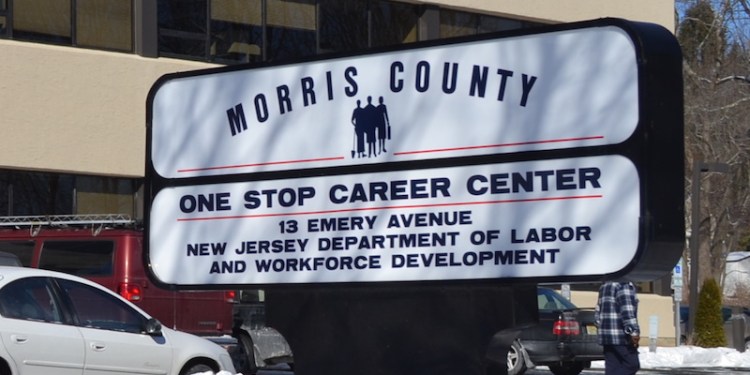 In-person services are scheduled to resume starting this upcoming money for those contacted by the labor department, but Dunn noted North Jersey residents may feel deja vu as no walk-ins will be served.

“It is going to be the MVC debacle all over again,” she said. “There is no plan ‘A,’ no plan ‘B,’ and no way for someone to make an appointment. It’s unconscionable.”

On March 24, the state labor department started scheduling in-person appointments to help people having trouble with their unemployment claims. The state is scheduling appointments after prescreening claims and identifying workers most likely to be helped by an in-person appointment, referred to unemployment staff with specialized training in their particular issues that will lead to a resolution or concrete next steps to getting their claim resolved.

Dunn Down on Plan

Dunn disagreed with the Labor Department’s plan only reaching out to certain claimants for in-person appointments, and no guarantee that other appointments will become available to others at a later date.

“Following my surprise visit to a shuttered Morris County One-Stop Career Center last year, I introduced a resolution to reopen all Labor Department facilities for in-person service,” Dunn said. “It is very disappointing that we have made little progress a year later.”

Dunn said she revisited the site in February 2022, finding it to be a “virtual ghost town” with no unemployment services.

“They’ve reopened on a very limited basis. If you walk in and you need assistance and you don’t have an appointment, you are turned away. What’s more, you still can’t get any services for unemployment,” Dunn said. “A bricks-and-mortar career center, a taxpayer-funded facility, should be open to the public for in-person unemployment assistance.”

Dunn is not alone among North Jersey Republicans when it comes to criticizing Asaro-Angelo, with Assemblyman Christopher DePhillips (R-40) drafting articles of impeachment against him earlier in March.

“The labor commissioner is simply adding insult to injury. Our unemployed residents deserve undivided attention and unlimited in-person help so they can receive the payments they rightfully earned,” DePhillips said at the time. “It is what the Labor Department is supposed to do and since it’s not happening, the commissioner must go.”