Assemblyman Parker Space Announces This Will be His Last Term 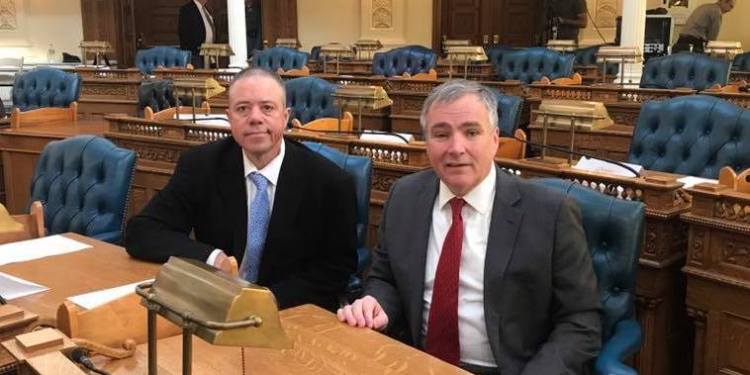 A North Jersey politician announced this week this will be his last term in Trenton.

Assemblyman Parker Space (R-24) released a statement on March 21 that he will not seek reelection for his seat in 2023. Space cited business and family issues in deciding to not run in the next election cycle.

“I will not seek re-election to the General Assembly in 2023,” said Space. “This past year has brought profound changes to my personal life.”

The Sussex County lawmaker noted that his father passed away and his sister retired from the family business, Space Farms Zoo and Museum, and he will become a grandfather for the first time this year.

“These events have placed more responsibilities upon me as we look to continue operating our family business into the next generation,” he said. “After a deep reflection, I feel my complete attention will ultimately be needed running our family’s business.“

Space, who serves on the Agriculture and Food Security as well as the Labor committees in the Assembly, noted his experience was unique among his fellow lawmakers in Trenton.

“I take great pride in being the only farmer in the State Legislature and serving on the Assembly Agriculture Committee,” said Space. “As a proud small business owner, I take my service very seriously on the Assembly Labor Committee working to balance the needs of both employers and employees.”

He thanked his District 24 colleagues State Senate Minority Leader Steve Oroho and Assemblyman Hal Wirths as well as his staff as “together we (helped) so many people and their importance to our residents was never more felt than during the pandemic. I always appreciate when people drop by my place of business or visit our joint district office to ask for help with a problem, or if a constituent stops me at a store to discuss an issue.”

Before joining the Assembly, Space was a Sussex County freeholder from 2010 to 2013 and a Wantage Township committeeman from 2004 to 2009, serving as mayor for three years.

At the same time he is stepping away from politics, the Assemblyman’s wife is running for a county commissioner’s seat. Jill Space will run on a slate for Sussex County Commissioner with Sheriff Mike Strada and Bill Hayden, the Republican state committeeman from Sussex County.

But for Assemblyman Space, his focus is fulfilling his final term as a state legislator.