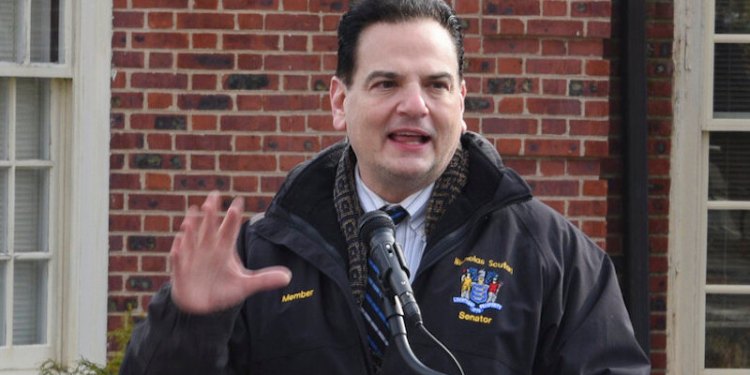 A very frustrated State Senate President Nicholas Scutari says he wants an explanation as to why legal marijuana sales still are not happening in New Jersey, despite getting the nod from state voters in a November 2020 referendum.

“These delays are totally unacceptable,” said Scutari (D-32) days after a state panel responsible for regulating cannabis voted to wait on considering applications from eight medicinal marijuana stores to expand their sales to adult-use, recreational marijuana.

“We need to get the legal marijuana market up and running in New Jersey,” Scutari said in announcing that he will form a special legislative committee to hold hearings probing the reasons for the delays. “This has become a failure to follow through on the public mandate and to meet the expectations for new businesses and consumers.”

Scutari, the architect of both New Jersey’s medical and recreational cannabis laws, said he plans to form a bipartisan special committee and will ask the Assembly if members want to participate.

He said the oversight hearings will include an accounting from New Jersey Cannabis Regulatory Commission (CRC) officials and input from those operating cannabis businesses or waiting to get licensed, as well as others involved in the legal marijuana market.

Scutari’s announcement follows the commission’s March 24 meeting at which the panel voted unanimously to table a vote on applications from eight medicinal marijuana stores—which the state refers to as alternative treatment centers—to expand from selling medicinal marijuana to selling adult-use recreational marijuana.

Prior to the vote, CRC Executive Director Jeff Brown outlined factors prompting the need to delay. Foremost among them is the concern that there is not enough marijuana to meet anticipated demand.

“If you look at what we would consider best case scenario… our projections show that the market is still under-supplied by about 100,000 pounds … for potential recreational demand and that’s assuming a low number of recreational demand initially—essentially 4 ounces per year, per consumer in New Jersey and 1 ounce per year for consumers coming across state lines,” Brown said at the commission’s meeting.

“It’s important to note that we have to solve for the most vulnerable patients here,” Brown said of New Jerseyans who use marijuana for medicinal purposes. “How do we ensure that they have no disruption in their care?”

The New Jersey Cannabis Trade Association expressed disappointment with the panel’s March 24 decision, but the group said it remains optimistic that the regulatory panel soon will open the state’s adult-use cannabis market.

“In November 2020, New Jerseyans made it very clear that they wanted a safe and legal adult-use cannabis marketplace in the state,” the industry group said. “It goes without saying that no one could have foreseen that some 16 months later, we would still be waiting to see this come to fruition.”

The CRC’s Brown expressed optimism that he and other state regulators could work together with industry to iron out issues that remain in the way and the CRC issued a press release noting that the panel did approve its first batch of conditional recreational cannabis applications for licenses—50 for cultivators and 18 for manufacturers—at the March 24 meeting.

“I am thrilled that we have finally been able to reach this monumental day in New Jersey history,” Chairwoman Houenou said in the release. “The approval of these 68 conditional applications is the culmination of tireless work from the CRC staff, my fellow commissioners, advocates, and those directly impacted by marijuana prohibition. This is just the beginning.”

Said Brown at the CRC meeting: “I’m extremely confident in our ability collaboratively—the CRC and the industry—to fix these issues and work together to get this market off the ground quickly.”

CRC’s optimism aside, Scutari noted in his press statement that the panel missed its own deadline for allowing alternative treatment centers to sell marijuana to the recreational market.

The state senator’s said the licensing of growers, distributors, and retailers to serve the adult-use market has been plagued with “repeated delays” as well.

Scutari said the committee’s membership and scheduling will be worked out soon. The CRC is slated to meet again on April 11.