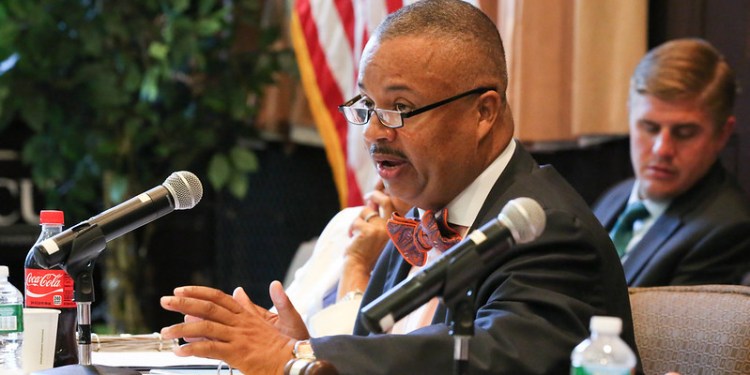 President Joe Biden’s $5.8 trillion budget blueprint for fiscal year 2023 is drawing praise from three North Jersey lawmakers both for its national security investment and its funding for North Jersey priorities.

“No state or region in our great country relies on its bridges and tunnels more than New Jersey and the tri-state,” Pascrell said in a statement.

The Gateway Tunnel Project funds would help with constructing a new tunnel for the Northeast Corridor connecting New Jersey and Manhattan.

“New Jersey and our region’s growth for the next generation depends on strengthening those avenues for travel and if we fail, the Mid-Atlantic and Northeast can atrophy. All of us know completion of a new tunnel and bridge is absolutely essential to guaranteeing our future,” Pascrell added.

The 9th Congressional District lawmaker took aim at former President Donald Trump and former Gov. Chris Christie, blaming them for previous setbacks and delays to the projects. Pascrell credited President Biden for showing “a farsightedness to our region’s destiny.”

Pascrell described the Biden budget proposal’s $100 million for Gateway as “another building block as the infrastructure initiative gets closer to commencing.”

“The over $339 million for the Portal North Bridge will continue to build on the work we’ve done to replace the existing 110-year-old span over the Hackensack River,” Pascrell said.

The total of $439 million for Gateway and Portal North Bridge were included in the Federal Transit Administration’s portion of the budget proposal.

On a broader, global front, Menendez said he liked the budget documents’ focus on diplomacy as a key element of promoting U.S. national security.

“After years of neglect under the previous administration, I’m pleased to see President Biden propose a serious investment across all elements of our national security toolkit, including an increase of more than ten percent over last year’s enacted level for our diplomacy and development efforts,” New Jersey’s senior U.S. senator said.

“Just as a strong military is critical to safeguard our interests, robust diplomacy and development are essential to promote our values and advance our prosperity,” Menendez added.

“With the butcher of Moscow trying to slaughter his way into Ukraine, a recalcitrant Iran eager for a nuclear arms race in the Middle East, a rising China, genocides from Burma to Ethiopia, and amidst a continuing global health crisis, I look forward to having Secretary [of State Antony] Blinken testify before the Senate Foreign Relations Committee on April 26th so we can make certain the Biden administration continues setting the right priorities to match our nation’s values, security needs, and our ability to meet the old and new threats we face,” Menendez said.

“Transportation Safety Officers have worked through the COVID-19 pandemic to keep passengers and airports safe at great personal risk to their own health,” Payne said.  “I support all actions that give them the proper pay and protections they deserve.”

Payne said he co-sponsored “the Rights of the TSA Workforce Act of 2021,” which would grant TSA workers full collective bargaining rights, including administrative protections against retaliation for union activity. The Newark lawmaker detailed he offered additional legislation to provide extra pay to Transportation Safety Officers who were exposed to COVID-19 in the line of duty.

“I applaud President Biden for understanding the importance of Transportation Security Officers to our nation’s security and proposing to pay them an appropriate wage,” Payne said.

President Biden’s budget blueprint includes among its many provisions a proposed 20% minimum tax on households worth more than $100 million. Additionally, it would raise the corporate tax rate from 21% to 28% and raise the top individual income tax rate to 39.6%.

The Biden administration said the budget proposal would reduce the federal deficit over the next decade.

Biden’s budget requires action from the U.S. House and Senate to be enacted. In a Senate floor speech, top Senate Republican, Mitch McConnell (R-KY), panned the president’s proposal as “woefully short” on defense spending. Additionally, he said the plan includes “a 2.5-plus-trillion-dollar bomb of tax hikes dropped on top of an economy that Democrats’ policies have already hurt badly.”