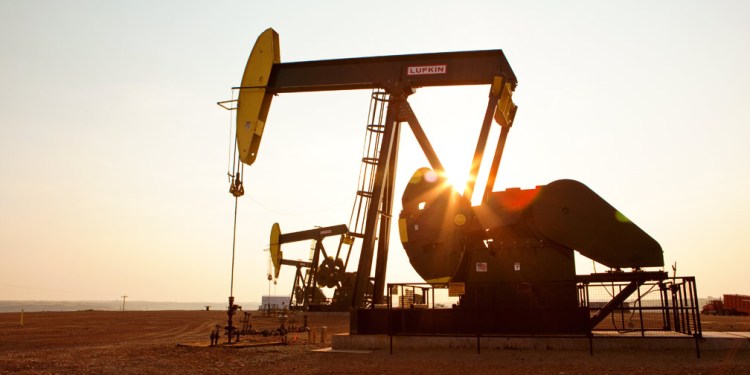 The decision by President Joe Biden to release petroleum from the U.S. Strategic Petroleum Reserve was endorsed by Rep. Mikie Sherrill.

“This is a wartime bridge to increase oil supply until production ramps up later this year,” stated Biden in announcing his plan to release one million barrels of oil a day for 180 days. “It is by far the largest release from our national reserve in our history.

Sherrill explained the Strategic Petroleum Reserve is stored for exactly this sort of crisis. The President’s plan would represent roughly 5% of American demand and 1% of global demand.

“Earlier this year, I called on the Administration to use the Strategic Petroleum Reserve  to release more oil into the market for American refineries, reduce the price of gasoline for consumers, and diminish (Russian President) Vladimir Putin’s corrosive influence on global energy markets,” said Sherrill in a press statement. “By releasing a million barrels every day, we will increase our domestic oil supply and lower the price New Jerseyans pay at the pump.”

Sherrill noted the American Automobile Association (AAA) expects to see continued moderation of gas prices at the pump as total domestic gasoline supply increases, aided by the SPR release. The price of gas in North Jersey is currently $4.20, the same as the week before and up from $3.65 a year ago.

How Low Will it Go

“My guess is we’ll see it come down…but how far down, I don’t think anyone can tell,” said Biden in response to when the release would make a difference at the pump. “There’s going to be a slight delay, because if you’re a gas station and you purchased X amount of gas at a certain price, you’re not going to lower the price of the pump until you’re able to get back what you invested. I’m talking a matter of days and weeks.”

Biden added “(The price) could come down fairly significantly…anything from 10 cents to 35 cents a gallon. It’s unknown at this point.”

The announcement from Biden comes as the price of a barrel of oil has mostly been over $100 dollars since Russia invaded Ukraine.

“Our prices are rising because of Putin’s action,” said Biden during a press conference March 31. “There isn’t enough supply. And the bottom line is if we want lower gas prices, we need to have more oil supply right now.”

The Biden Administration is imploring the U.S. energy industry to ramp up domestic production, claiming they are “sitting on” more than 12 million acres of federal land and 9,000 unused but already approved permits for production.

To get the pumps going, the White House is suggesting imposing fees on companies that aren’t using wells from their leases on acres of public lands.

“Companies that are producing from their leased acres and existing wells will not face higher fees,” an administration official told CNBC. “But companies that continue to sit on non-producing acres will have to choose whether to start producing or pay a fee for each idled well and unused acre.”

The official added “We believe the industry needs to step up. It needs to do more, there needs to be investing in additional production….(There are companies) who’ve said that it doesn’t matter where the price point is, they’re not going to produce more. They’re instead focused on returning dividends and distributions to shareholders.”

While promoting the increase in oil production to help Americans facing higher costs at the pump, Biden reiterated the country’s long term energy independence should be rooted in green and renewable sources that are insulated from global market fluctuations. He called on Congressional lawmakers to pass legislation that is before them to achieve this goal.

“Ultimately, we and the whole world need to reduce our dependence on fossil fuels altogether,” stated the President. “We need to choose long-term security over energy and climate vulnerability. We need to double down on our commitment to clean energy and tackling the climate crisis with our partners and allies around the world. And we can do that by passing my plan that’s literally before the Senate right now.”

Additionally, the President will invoke the Defense Production Act to support the production and processing of minerals and materials used for large capacity batteries like lithium, nickel, cobalt, graphite and manganese.

“I’m going to use the Defense Production Act to secure American supply chains for the critical materials that go into batteries for electric vehicles and the storage of renewable energy: lithium, graphite, nickel, and so much more,” said Biden.

“We need to end our long-term reliance on China and other countries for inputs that will power the future.  And I’ll use every tool I have to make that happen.”

Sherrill voiced support for such an approach.

“Rest assured I will continue to push for further aggressive steps to secure our energy independence by accelerating our transition to clean energy, so that we are never again dependent on hostile foreign powers for our fuel,” said the Congresswoman. “Energy independence is a matter of national security and I will continue my efforts to make sure we can rely on energy that is produced in America, by Americans, with New Jersey leading the way.”