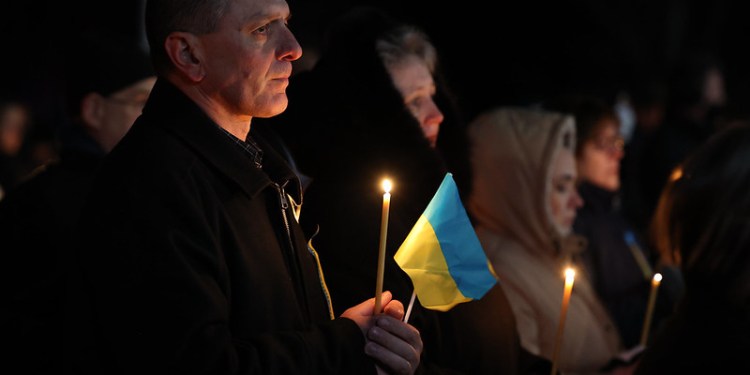 We recently had the privilege of talking to two North Jersey residents who had separately visited Poland and saw the Ukrainian refugee crisis first-hand.

It wasn’t the stories and experiences that stayed with us in regards to what they saw—it was their body language that really told the anguish of wanting to do more for those displaced from their homes due to the invasion directed by Russian President Vladimir Putin.

More than four million people have fled the war in Ukraine, exceeding the number of refugees the United Nations predicted for the entire war in just under five weeks. The exodus was already the largest movement of people in Europe since World War II and the U.N. refugee agency had previously estimated four million people could be driven from the country as a result of Russia’s invasion.

Additionally, many millions have been displaced within Ukraine, with 10.5 million people uprooted either within the country or forced abroad. Some 12 million are trapped in areas affected by the war and unable to leave.

We wrote of the journey of 12 members from Temple Emanu-El of Closter along with Kaplen JCC on the Palisades leadership, Congregation Ahavath Torah, and Jewish Federation of Northern New Jersey that brought over 120 bags of supplies to help Ukrainians in Poland as they attempt to relocate while the war continues on.

“Seeing the children hurt me the most,” said Rabbi David-Seth Kirshner of Temple Emanu-El of Closter. “Knowing these moms and dads love these kids so much, but having patience that is fried and are physically and emotionally exhausted takes its toll, (it) made me shudder.”

There have been numerous other local efforts as well, such as Aleksandr “Sasha” Chmerkovskiy, the father of “Dancing with the Stars” pros Maksim and Valentin Chmerkovskiy, massive donation effort based in Fort Lee that gathered more than 130,000 pounds of medical, hygiene and baby supplies to the border.

The state has set up a website where you can search organizations that are helping humanitarian efforts, including The Ukrainian American Cultural Center of New Jersey in Whippany and Holy Ascension Cathedral in Clifton.

Among those certified by the state include the Ukrainian Congress Committee of America, which is accepting financial donations for shipping costs, as well as medical supplies; The New Jersey Hospital Association and the Ukrainian National Women’s League of America that are leading a relief effort to send medical supplies to Ukraine; and World Central Kitchen, which is providing hot meals to refugees.

Other groups verified as helping are Alight, formerly the American Refugee Committee; the American Jewish Joint Distribution Committee; the American Red Cross, Americares Foundation; Catholic Relief Services; and Direct Relief, who are in partnership with Ukraine’s Ministry of Health and other regional partners to provide medical aid. And there are numerous efforts being held in North Jersey towns, such as the one held in Fair Lawn this weekend.

“We have seen the worst imaginable and the best in humanity,” commented Rabbi Kirshner on the refugee mission two weeks ago. Let’s continue to see the best in humanity and help those forced from their homes with nothing but what they could fit in a suitcase or a duffel bag.