Tenakill Brook will be evaluated after Tropical Storm Ida damage 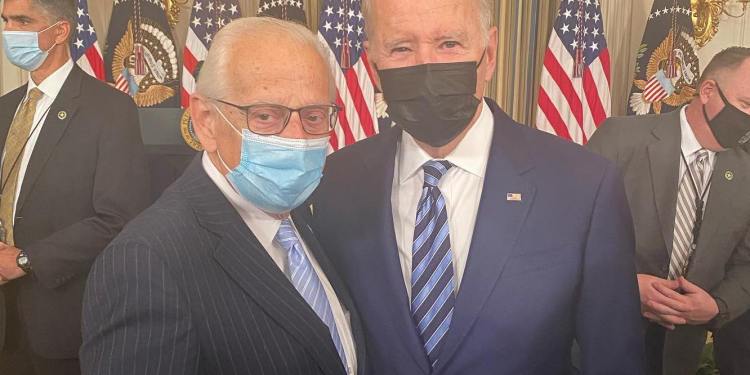 Rep. Bill Pascrell, Jr. announced last week that the Biden Administration has agreed to provide funding to initiate a study on the Tenakill Brook to protect Cresskill from future flood events.

When remnants of Tropical Storm Ida tore through Cresskill on Sept. 1, 2021, the combined middle and high school building took on several feet of water, causing extensive damage to its HVAC system of boilers, pumps and univents, along with the auditorium, media center, desks and chairs. Altogether, the school sustained more than $20 million worth of damage — about half of the district’s annual operating budget.

Despite being located in a flood zone, Ida was the first instance of major flooding at the 60-year-old school. But concerned that severe flooding will become the norm, local and state officials are calling for federal support to study how to protect Cresskill from future events.

“Hurricane Ida inflicted enormous damage on our Cresskill community in North Jersey,” said Pascrell. “The costs to our town were so catastrophic, and Cresskill neighbors are still sifting through the wreckage. Working with the state, we asked for help and the Biden administration listened.”

In a Jan. 4 letter to U.S. Army Corps of Engineers, Pascrell had called for urgent funding to commence the flooding study, supporting requests for help from the New Jersey Department of Environmental Protection. The Army Corps will direct $50,000 will be directed to initiate a feasibility study under section 205 of the Flood Control Act.

“It is essential that our government provide resources to understand precisely why the damage was so extensive and learn what we can do to protect towns like Cresskill when the next storm rears its ugly head,” stated Pascrell

The feasibility study will start to be paid for with funds from the landmark infrastructure law passed by Congress last year. Local officials expressed their gratitude for the help that the veteran Congressman provided.

“We are very thankful for Congressman Pascrell’s help to address this serious problem. Cresskill residents…believe a solution to manage flooding issues can help the town immensely. Bill Pascrell truly cares about all the people,” said Cresskill Mayor Benedict Romeo.

In January, the Bergen County school district overwhelming voted in favor of a $21.6 million project in a special election. The district needed up-front funding to do the work before federal and state funding will reimburse the majority of costs, and could not enter a long-term borrowing agreement without voter approval.

“We can’t thank Congressman Pascrell enough for all his work on flooding issues and the school renovation. His announcement today is a huge step towards saving the future of education in Cresskill,” said Cresskill Public Schools Superintendent Michael Burke.