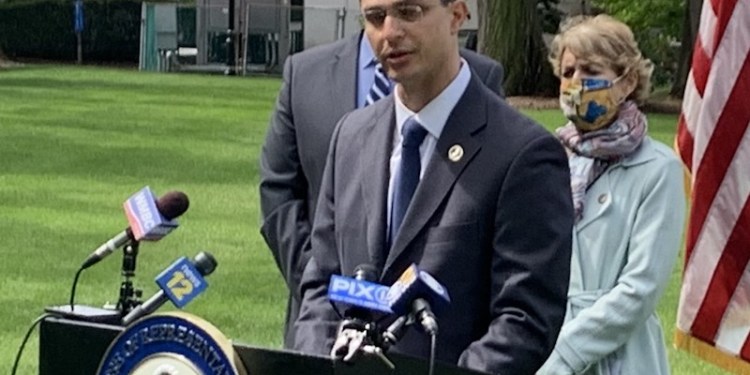 There may be a new bipartisan issue brewing in New Jersey: increasing efficiency within the Department of Labor and Workforce Development (DOL).

State Senate Democrats are calling for increased efficiency at the agency via a series of four bills that were introduced by State Sens. Joseph Lagana (D-38), Troy Singleton (D-7), Fred Madden (D-4) and Andrew Zwicker (D-16).

Additionally, the legislation would allocate resources for a performance review of the Division of Unemployment at DOL.

The move follows demands from New Jersey Republicans for changes at the agency, with Sen. Kristin Corrado (R-40) and Assemblyman Christopher DePhillips (R-40) even calling for embattled Labor Commissioner Robert Asaro-Angelo to be ousted.

The first bill (S-2379), sponsored by Singleton and Madden, would allocate $50 million to DOL from federal assistance in an effort to improve processing capacity within the agency.

“While no one could have predicted the consequences of this pandemic, the unemployment system is woefully outdated, and the NJDOL staff was simply not plentiful enough to address the full scale of this crisis,” said Singleton. “We must make this investment in our unemployment system now. The men and women of New Jersey have waited long enough.”

“There’s been a delay in individuals’ receipt of benefits from the DOL. The time span of that delay could ultimately be the difference for many families and their ability to pay their bills or put food on the table,” said Lagana. “This bill would make sure that individuals are receiving the benefits they’ve filed for and are no longer left with a financial burden because of a delay in their unemployment benefits.”

Singleton and Madden are sponsored again on S-2380, which would direct the State Auditor to conduct a performance review of the Division of Unemployment and Temporary Disability Insurance within DOL.

Under the audit, an analysis of the office’s use of federal and state funding would be conducted to determine whether existing personnel were adequate to meet the statutory mandate of the office.

A final bill (S-2396) sponsored by Madden and Zwicker would provide oversight and improvement of the administration of unemployment compensation.

“By instituting a reporting requirement, legislation in this package also ensures that the legislature as a body can get timely answers from the department in order to hold its leadership accountable. Unemployment compensation is a system that is meant to help people, and these measures will help the program live up to its purpose,” said Madden.