New Jerseyans Do Not See Murphy as Presidential Material 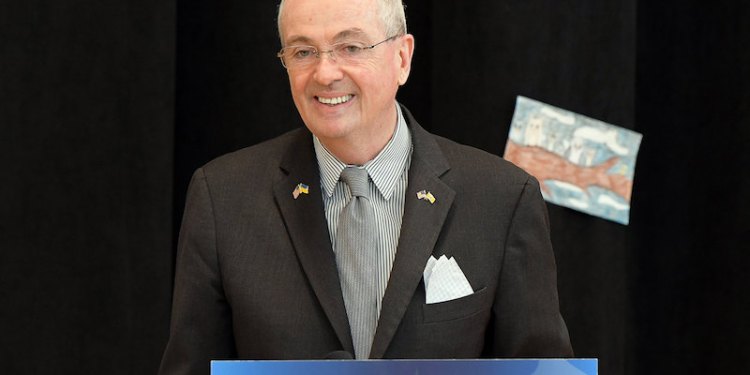 On the day he returned to the public eye after testing positive for COVID-19, a new Monmouth University Poll reported that a majority of New Jerseyans approve of the job Gov. Phil Murphy is doing.

The Jersey Shore polling outfit’s poll released April 6 found 55% of respondents gave Murphy a thumbs up while 35% disapprove of the overall job he is doing as governor. Murphy gets positive ratings from 86% of Democrats, 51% of Independents, and 17% of Republicans, which is similar to the partisan divide in public opinion one year ago.

The second term governor’s current approval rating of 57% among registered voters is up from 52% shortly before the November election last year and marks a return to the level of his job rating last Spring. The governor’s approval topped 70% a year before that, just as the coronavirus pandemic started to spread.

“Murphy got a bit of a scare from voters who took part in last year’s election, but he appears to have recovered,” said Patrick Murray, director of the independent Monmouth University Polling Institute.

While he has continued to deny that he has an eye on running for President, Garden State residents are split at 45% on whether Murphy is more concerned with governing the state or about his own political future. While the answers to the question were slightly more positive last year, the current results remain an improvement from three years ago, when more New Jerseyans saw Murphy as being primarily concerned about his political future than the state he governed.

In a historical context, Murphy is better positioned than his GOP predecessor to win a nomination for President. At the same point in Chris Christie’s second term, 54% said he was more focused on his political future versus 35% of the public said he was more concerned about governing New Jersey.

“The public does not see Murphy as being as ambitious as Christie was,” said Murray. “Some political observers say that isn’t true, but he doesn’t wear those ambitions on his sleeve like his predecessor did. Of course, Christie was much more of a media magnet, which heightened speculation about him.”

Overall, 37% are of the opinion that Murphy is planning to run for president someday (5% say he definitely is and 32% say probably). This falls short of the solid majority of New Jersey voters who thought Christie had his eye on the White House while he was running for reelection as governor.

Despite the public’s current positive ratings of the job Murphy is doing as governor, 56% say he would not make a good president with 33% say he is presidential material. The 56% is still 10 percentage points better than views of Christie in 2015.

The poll found little has changed in the last year in regards to how Murphy’s policies have impacted six different constituent groups in New Jersey. Just under 4 in 10 (37%) say poor residents have been helped by the governor’s policies, while 28% say they have been hurt and 22% say there has been no impact on poor residents. This is the only group where the poll finds a clear net positive impact rating for Murphy’s policies.

Not Enough on Property Taxes

Opinion is more divided on how Murphy has impacted wealthy residents (26% helped and 21% hurt) and transit riders (20% helped and 17% hurt).

The effect of the governor’s policies is seen as being decidedly more negative for property tax payers (46% hurt), middle-class residents (38% hurt), and businesses in the state (38% hurt).

“Property taxes are a perennial issue in New Jersey politics and they played a role in nearly upending Murphy’s reelection bid. His budget proposal puts an emphasis on this issue. We’ll have to see if it pays dividends in the future,” said Murray.