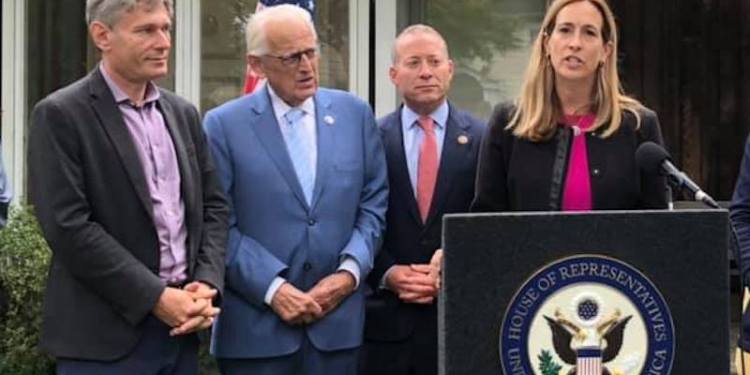 A recent poll of New Jerseyans shows they want Democrats to retain control of Congress—but at a much closer margin than would be expected for a blue state.

The Monmouth University Poll of Garden State residents released April 7 found just over half of New Jerseyans either prefer (43%) or lean toward (9%) keeping the Democrats in power in Congress. About 4 in 10 want to switch to Republican control (34% prefer and 7% lean). A national poll from the same outfit conducted last month produced a more divided result (46% of Americans wanted Democratic control and 45% wanted Republican control). The poll did not break out preference by Congressional District.

“It’s important to keep in mind that we are measuring leadership preference rather than vote intention with this question,” said Patrick Murray, director of the independent Monmouth University Polling Institute. ”Still, these results suggest that we could see a similar turnout pattern to two years ago.”

In 2020, North Jersey congress members swept the 5th, 7th, 8th, 9th, 10th and 11th Congressional Districts. But since then, the district maps have changed and the GOP scored key victories in state house and local races last November. Additionally, Gov. Phil Murphy won his election by only three percentage points after polls before election day showed him with a lead of least five more points.

As for the 2020 races that was toplined by candidate Joe Biden defeating then-President Donald Trump, the Jersey Shore polling outfit found the current findings are in line with a similar question Monmouth asked New Jersey voters in April 2020. Two years ago, 50% indicated they would support the Democratic candidate for Congress and 38% would back the Republican.

Democratic House candidates ended up with a 15-point edge in the cumulative statewide vote that year, although five of the state’s 12 districts had margins of 8 points or less. The closest race in North Jersey was Rep. Tom Malinowski defeating GOP challenger Tom Kean, Jr. by just 5,000 votes.

Before that, Democrats held a 19-point advantage in Monmouth’s April polling (54% to 35%) in the 2018 midterm election and ended up with a 21-point margin in the final statewide vote tally.

Murray opined that “there should be some close House races, depending on how the President is doing in the Fall and the impact of redistricting.”

To that end, the Monmouth Poll found President Joe Biden continues to be underwater while ratings for the state’s Democratic U.S. senators remain positive.

Currently, Biden has a net negative job rating of 45% approve to 50% disapprove in New Jersey, a state he won by 16 points in 2020. The President’s rating was positive into last Summer, but dropped significantly right before last year’s gubernatorial election and after the withdrawal from Afghanistan.

An area where support has softened for the President is among Black, Latino, and Asian residents, dropping 18 percentage points. Biden holds a 51% approval to 40% disapproval rating among the cohort, down from May 2021’s 69% to 24% positive margin with this group.

“New Jersey is fundamentally a blue state. The fact that Biden is doing so poorly here suggests he has lost enthusiasm among core constituencies in his own base,” said Murray.

Comparatively, Biden’s numbers are lower than the two Democratic Senators.