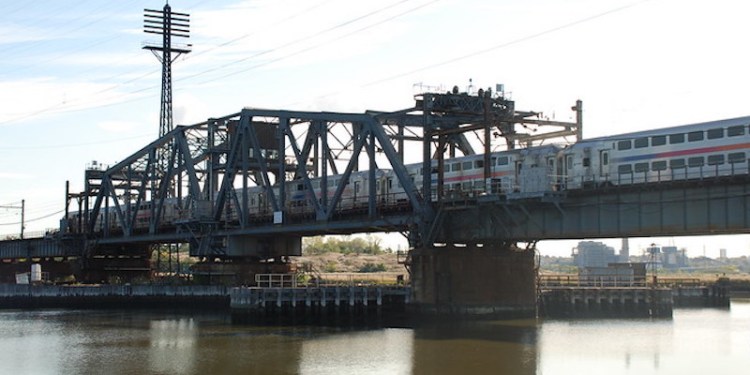 Train passengers in North Jersey will soon begin to see progress on the Gateway Project as they pass through Kearny.

Gov. Phil Murphy and NJ Transit announced the issuance of the “Notice to Proceed” (NTP) on the new Portal North Bridge project on April 7.

Part of the larger Gateway Program, the Portal North Bridge project is being hailed that when finished as improving capacity and reliability for rail travel between New Jersey and New York City. The new bridge will eliminate the 110-year-old swing bridge which has been the enduring source of major service disruptions for NJ Transit and Amtrak customers traveling on the Northeast Corridor.

“From day one of my Administration, we have prioritized investments in environmentally friendly mass transit,” said Murphy in a press statement. “After years of crucial behind the scenes work, this notice to proceed means train customers will soon see tangible evidence of our commitment to modernizing the rail system.”

In October 2021, Murphy and NJ Transit announced the approval of a nearly $1.6 construction contract awarded to Skanska/Traylor Bros PNB Joint Venture (STJV) for the construction of the new Portal North Bridge.

The contract represents the single largest construction award in NJ Transit’s history. The NTP signifies the start of the construction contract which is anticipated to take approximately five and a half years to complete.

“NJ Transit is proud to be advancing this project of national significance,” said NJ Transit President & CEO Kevin S. Corbett. “This notice to proceed means that soon construction will begin—improving reliability for the millions of customers who count on this critical rail link between New Jersey and New York every year, while creating jobs and spurring economic growth for our region.”

The project is being funded by the U.S. Department of Transportation, NJ Transit and Amtrak. In January, Murphy announced the signing of a Full Funding Grant Agreement which secured $766.5 million in Federal Transit Administration funding to support the project’s construction.

“The bridge will be a visible symbol of progress while it’s being built and will bring a better passenger experience into and out of New York and greater reliability and resiliency on the busiest stretch of the Northeast Corridor,” said Gateway Development Commission Co-Chairs Balpreet Grewal-Virk and Steven M. Cohen.