A total of seven retail stores will open in North Jersey 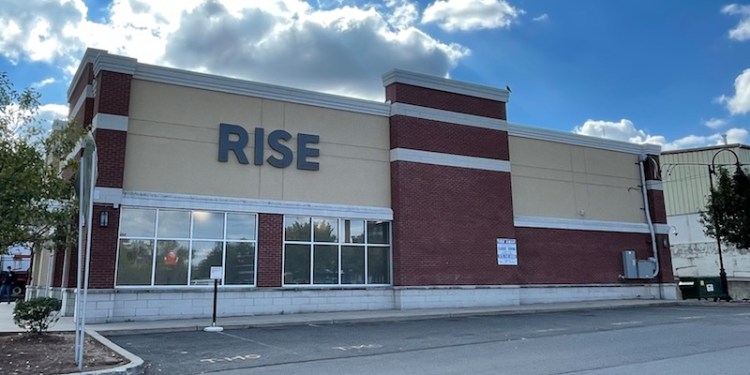 The sale of legalized recreational marijuana took another step forward, with regulators and lawmakers forecasting sales beginning possible by the end of the month.

The vote came in a special meeting after the commission last month surprisingly rejected the applications of alternative treatment centers (ATC), citing a shortage of about 100,000 pounds needed to meet the the demand for both the medical and recreational markets.

The operators given the green light by the panel to begin selling recreational use cannabis to adults are: Acreage, Curaleaf, Columbia Care, Verano, Ascend Wellness, GTI (doing business as RISE) and TerrAscend.

Shops in North Jersey that could soon sell legal weed include GTI stores in Bloomfield and Paramus; Accend locations in Fort Lee, Rochelle Park, and Montclair; and TerrAscend outlets in Maplewood and Lodi.

“We are getting closer to the opening of the market. We are approving applications for new applicants and have now made way for the ATCs to expand” said the commission’s executive director Jeff Brown. “We are now tasked with completing inspections of the ATCs and getting them permitted to open for business to the general public.”

Representatives from the seven approved alternative treatment centers outlined their plans for meeting patient demand first, parking and hours of operation, and hotlines available to patients before the commission voted for approval.

Speeding Up the Process

The approved centers and their satellite shops will be the only facilities selling cannabis initially to both the medical and recreational market in the Garden State until smaller cultivators given conditional approval by the panel can get their operations moving.

The commission will bypass a 30-day notification period for actual sales of cannabis to begin at the alternative treatment centers with approved dispensaries just need to complete four items — final expansion fees to the CRC, another inspection, and getting their licenses among them — and can start selling.

While no date was given, commission members and Gov. Phil Murphy predicted it could happen within weeks.

“I think it’s a matter of — I don’t want to say days — I would think this is within a week or two. … They’re ready to go. I think that’s gonna be very soon,” Murphy said on his regular call-in show on News12 New Jersey. “Boy, I’m happy they came out where they did today.”

Murphy campaigned for the state’s top office on legalizing adult-use recreational cannabis in 2017 and after voters approved a referendum in 2020, Murphy signed the New Jersey Cannabis Regulatory, Enforcement Assistance, and Marketplace Modernization Act into law on Feb. 22, 2021.

The Garden State is now among 16 states that have fully legalized adult-use cannabis. Washington State was the first in 2012. Massachusetts and Maine are the only other East Coast states currently allowing recreational cannabis sales.

Hearings to be Held

After the commission rejected the applications on March 24, State Senate President Nicholas Scutari announced plans to hold Senate oversight hearings due to the delays. After approval, Scutari still plans to hold hearings that will look at ways to cut the price tag for medical and recreational marijuana and promote diversity in the industry.

“It is in everyone’s best interest to find solutions so we can move forward with a legal marijuana market in New Jersey that operates safely, fairly and effectively,” he said.

Additionally, the CRC approved another 34 conditional manufacturing and cultivation licenses, bringing the total number of conditional licenses approved to more than 100.

The state has estimated 130,000 registered medical marijuana patients and commissioners had been cautious to open up recreational sales without assurances that patients would still be served. The CRC is still projecting the recreational market to be under-supplied, with estimates ranging from a shortage of around 116,000 pounds to 208,000 pounds per year.

Those figures are based on annual projections of 130,000 cannabis patients and about 836,000 recreational customers from New Jersey—around 12% of the state’s adult population, according to CRC staff. Another 788,000 “tourism consumers” from outside New Jersey are expected.

Under the New Jersey marijuana legalization laws signed by Murphy last year, adult use marijuana sales will be subject to the state sales tax of 6.625% and an additional “social justice excise fee,” a flat tax between $10 and $60 that increases as the price of cannabis decreases.

Between 60% and 87% of all tax revenue will go to designated “impact zones,” towns or cities with large populations who also have high rates of crime, unemployment and a history of marijuana possession arrests.

Municipalities have the option of adding a 2% local tax to cannabis sales within their borders, which has been almost universally adopted by towns allowing retail marijuana sales. But only 13 locations have received municipal approval, due to towns opting out of the cannabis industry and situations where full approval hasn’t been granted yet.