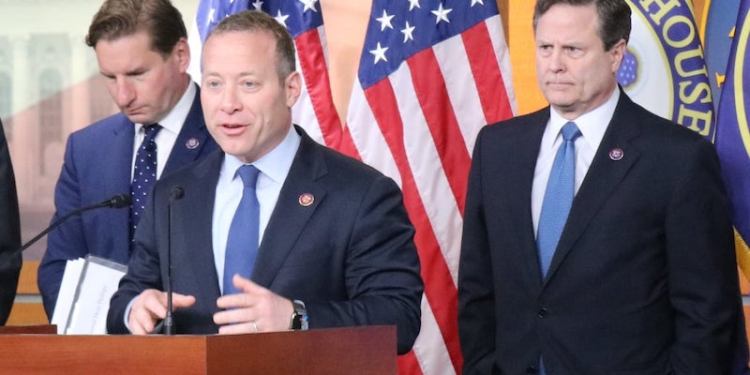 North Jersey lawmakers are raising concerns of a looming deadline for a nuclear deal with Iran as violence in Israel from terrorist attacks has increased just before one of the holiest times of the year.

Rep. Josh Gottheimer was one of 18 Democratic Members of Congress raising concerns about an agreement resurrecting the 2015 deal that ensured Iran’s civilian nuclear program that ensures weapon-grade uranium is not developed. Reports indicate that the U.S. has reached the last phase of the Vienna negotiations with Iran.

The talks are aimed at replacing the Joint Comprehensive Plan of Action (JCPOA) agreement reached in July 2015 between Iran and the five permanent members of the United Nations Security Council—China, France, Russia, United Kingdom, United States—plus Germany and the European Union.

After twice certifying Iran’s compliance in 2017, the United States withdrew in May 2018 from JCPOA as former President Donald Trump pledged he would negotiate a better deal. Trump left office without fulfilling that pledge and analysts have reportedly determined Iran had moved closer to developing a nuclear weapon since the American withdrawal.

For Gottheimer, Iran’s history of state-sponsor terrorism can not be ignored when discussing the framework of any deal.

“As the Vienna negotiations come to a close, we cannot treat the (foreign terrorist organization) designation—one of our most powerful diplomatic tools used to get cold-blooded killers out of the terrorist business—as a cheap bargaining chip,” stated Gottheimer. “If Iran, the world’s leading state sponsor of terror, has proven anything, it’s that they can’t be trusted.”

Effect on the Region

The North Jersey congressman detailed how the Iran’s paramilitary terror arm, IRGC, has directly, or through their proxies including Hezbollah and Hamas, killed hundreds of Americans and attacked bases and allies in the region, most notably Israel.

“Strengthened with billions of dollars in sanctions relief, Iran would be an enormous danger to Americans at home and abroad, and to our allies,” he said.

“Sunset clauses merely delay the regime’s ability to enrich uranium or develop a nuclear arsenal and, regardless of when, this is unacceptable,” said Norcross. “Iran must never be allowed to become a nuclear threat to the world. Not today. Not ten or fifteen years from now. Not ever.”

Additionally, Gottheimer is against the proposal making Russia the “de facto judge of compliance,” positioned to return enriched uranium to Iran without any oversight mechanisms by the United States or European leaders.

“Are we seriously going to let war criminal, Vladimir Putin, be the guarantor of the deal?” he said. “We must address the threat of a nuclear-armed Iran, stand strong against terrorists, and protect American values and our allies.”

The threat of a nuclear Iran comes amid rising civilian and rising religious tensions in Jerusalem. Recent attacks in central and southern Israel has left at least 14 victims dead in four apparently unconnected attacks in different cities.

“There are no justifications for the wave of terrorist attacks in Israel that have killed and wounded too many Israeli Jews and Israeli Arabs in recent days,” said Sen Bob Menendez, Chairman of the Senate Foreign Relations Committee.

“I denounce these barbaric acts of violence in the strongest terms, support efforts to hold perpetrators accountable, and call on partners and allies to join in unequivocal condemnation of such horrendous violence against civilians.”

Israeli authorities are worried about the next two weeks when Jews and Muslims will seek to pray at the same sites in Jerusalem during an unusual convergence of the Jewish holiday Passover and Islam’s holy month, Ramadan. The presence of Jewish and Muslim worshipers has been combustible in the past.