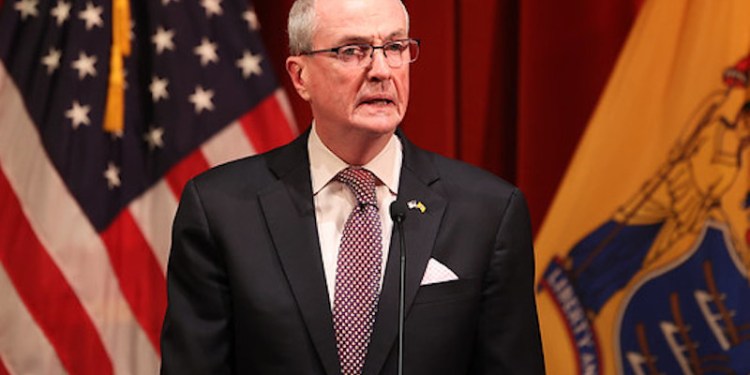 With GOP lawmakers pressing the issue in the last week, Gov. Phil Murphy announced a examination of sex education school curriculum set to go into effect this Fall.

“We have seen a handful of sample lesson plans being circulated that have not been adopted in our school districts and do not accurately reflect the spirit of the standards,” said Murphy in a press statement released April 13. “Any proposed educational content that is not age-appropriate should be immediately revised by local officials.”

The directive comes after Republican State Senators called on Murphy and Senate President Nicholas Scutari (D-22) to halt the implementation of the New Jersey Student Learning Standards for Comprehensive Health and Physical Education that were adopted by the New Jersey State Board of Education in 2020, and laws addressing diversity and inclusion curriculum requirements were enacted in 2019 and 2021.

The lawmakers expressed specific concern on new sex education standards and called for public hearings on curriculum changes they said would “empower parents who feel ignored.”

“There is a clear frustration and anger being expressed by parents who do not understand how standards they view as extreme and age-inappropriate were adopted, and they don’t feel like they ever had a real opportunity to have their voices heard,” wrote the GOP State Senators in their letter to Scutari.

The most notable issues raised by GOP lawmakers is their objections to instruction by school personnel on sexual orientation or gender identity in kindergarten through sixth grade.

“First- and second-grade students should not have a course on gender identity. It is a complicated subject that would be confusing to very young children,” said State Sen. Jon Bramnick (R-21) is response to concerns raised by Westfield parents after new lesson plans were recently revealed.

Question about the teaching of sexual education was a topic in New Jersey during the gubernatorial race last year. Republican nominee Jack Ciattarelli campaigned against having kindergartners learn about “gender ID and sexual orientation” and sixth-graders about “sodomy” and that he would “roll back” the state’s LGBTQ curriculum.

It has since become an issue with a national profile, including Gov. Ron DeSantis (R-FL) signing legislation prohibiting schools in Florida from teaching about sexual orientation and gender identity in pre-school through third grade. Dubbed the “Don’t Say Gay bill” by critics, about a dozen other states controlled by Republicans have reportedly proposed similar legislation or signaled they would follow suit.

New Jersey Republicans have placed an emphasis on the actions in school to win political support, including similar arguments over how race is taught in school with warnings about critical race theory as well as COVID-19 related decisions, such as mandates for masks in school and vaccine or testing for teachers.

North Jersey lawmakers State Sen. Kristin Corrado and Joe Pennacchio have framed the issue this week as another example in their eyes of eliminating any role of parents in what is being taught in schools.

“Parents are angry. They feel ignored, helpless, and frustrated,” said Corrado (R-40). “With parenting comes responsibilities, and Trenton bureaucrats are usurping that authority and relegating Moms and Dads to spectators in the raising of their children. The role of parents is sacrosanct, and they should have a say in every aspect of the education of their children.”

Pennacchio (R-26) added “The (Murphy) Administration wants to remove parents from the equation…There is no mechanism in the law that allows parents of 4- and 5-year-olds to opt out of sexual identity and orientation lessons. At best, there is a lot of ambiguity and confusion about these new rules and what they mean for our children, and that’s by design.”

But while ordering the review, Murphy blasted critics for what he sees as “our learning standards have been intentionally misrepresented by some politicians seeking to divide and score political points.”

Murphy recounted that the curriculum was crafted over five months in collaboration with  parents, experts, and teachers to ensure students receive age-appropriate and inclusive health education, critical for students physical, mental, and emotional development.

“At a time when we must prioritize student mental health and academic recovery in the wake of the COVID-19 pandemic, it is paramount that our standards also promote inclusivity and respect for every child, including LGBTQ youth,” said the governor. “In New Jersey, parents always have and always will have a say in their child’s education, which includes opting their child out of any health lesson that they would rather discuss in the privacy of their own home.”