But poll shows New Jerseyans not wanting to go back to masks, social distancing 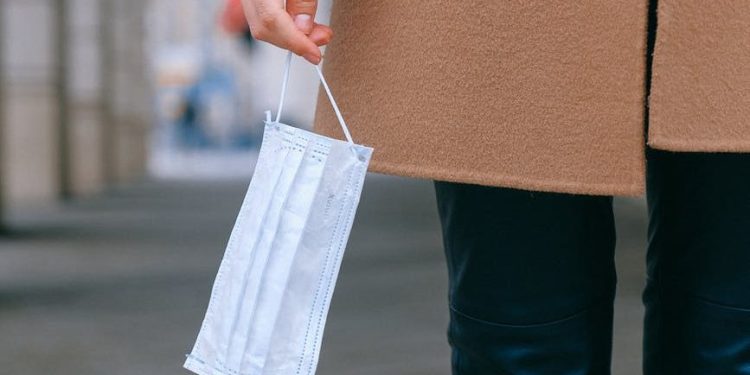 As New Jersey has scaled back its COVID protocols, so has the support for the guidelines that were enacted over the past two year.

In a Monmouth University Poll released April 14, the New Jersey-only poll gave good grades to Gov. Phil Murphy and residents as a whole for handling the pandemic. And concerns about COVID illness is at an all-time low as many report having been infected with the virus themselves.

After six weeks of the public health emergency being lifted in the Garden State that coincided with the lifting of the school mask mandate, only a third of New Jerseyans (34%) said they would support reinstituting general face mask and social distancing guidelines in New Jersey; 64% are opposed. This is a reversal from polls taken last Fall, when more than 6 in 10 voters in the state backed bringing back these measures.

When asked is they support requiring proof of COVID vaccination to work in an office or other setting around people, 45% said they do. A slight majority (52%) opposes such a workplace vaccine mandate.

Patrick Murray, director of the independent Monmouth University Polling Institute, said there were a combination of factors at play in the answers that Garden State residents provided.

“The Delta variant was not as bad as predicted while the Omicron surge made it seem as if infection was inescapable. New Jerseyans are willing to get boosted themselves, but that may be the best they can do against future waves,” said Murray.

Seen through a political lens, support for reinstituting COVID guidelines had the largest drop among Democrats—from 89% who supported these measures in September to 50% who back them now. But the partisan gap is much wider in vaccine mandates as 72% of Dems support it to just 17% of Republicans.

Almost a quarter of those surveyed (23%) are still very concerned about a family member becoming seriously ill from the coronavirus outbreak. This is down from about 4 in 10 who felt the same throughout last year and 6 in 10 who expressed this concern in the first months of the pandemic.

Anxiety about a Garden State family member getting seriously ill from COVID has declined over the past year across the political spectrum-by 22 points among Democrats (from 52% very concerned 11 months ago to 30% now), by 15 points among Republicans (27% to 12%), by 11 points among White residents (from 29% to 18%), and by 20 points among People of Color (from 50% to 30%).

At the same time, about half the adults polled reported having COVID or thinking they had it at some point, including 38% who say their infection was confirmed with a test. Both findings for New Jersey—concern about family illness and confirmed infection prevalence—are identical to recent national poll results.

Republicans (46%) are much more likely than Democrats (8%) to be not at all likely to get a COVID vaccine booster shot. There is less difference by race in opposition to getting this additional dose—28% of white New Jerseyans are not at all likely compared with 19% of Black, Hispanic, and Asian residents.

The numbers are higher than the 55% of respondents gave Murphy a thumbs up while 35% disapprove of the overall job he is doing as governor in a April 6 poll released by Monmouth. Murphy gets positive ratings from 86% of Democrats, 51% of Independents, and 17% of Republicans, which is similar to the partisan divide in public opinion one year ago. The second term governor’s current approval rating of 57% among registered voters is up from 52% shortly before the November election last year and marks a return to the level of his job rating last Spring.

“Murphy’s handling of the pandemic has always been a source of strength in public opinion about the governor. It just wasn’t the most important issue when voters went to the polls last November,” said Murray.