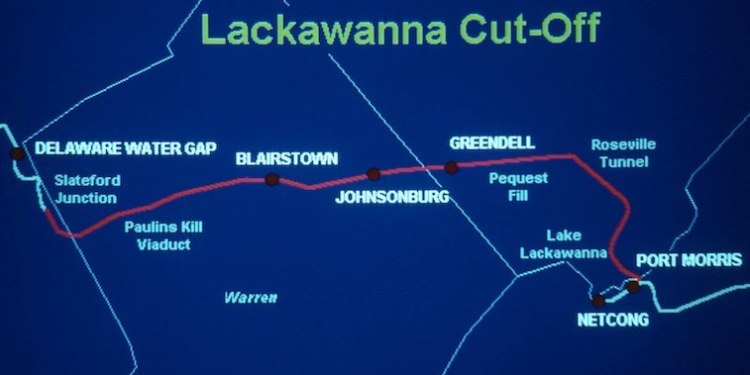 The NJ Transit Board of Directors advanced a project to restore rail service to Sussex County along the Lackawanna Cuttoff with the approval of a contract to rehabilitate the Roseville Tunnel.

Upon completion, the rehabilitation efforts would helped to restore passenger rail service between Port Morris and a proposed station in Andover.

The $32.5 million contract with Schiavone Construction Co. LLC of Secaucus includes the final design, construction, and commissioning of the Roseville Tunnel Rehabilitation project.

“It has long been the promise of NJ Transit to the people of Sussex County to restore service along the Lackawanna Cutoff,” said New Jersey Department of Transportation Commissioner and NJ TRANSIT Board Chair Diane Gutierrez-Scaccetti. “The contract awarded today for the rehabilitation of the Roseville Tunnel demonstrates this administration’s commitment to turn words into action and deliver accessible public transportation options and service to customers around the state.”

Rep. Josh Gottheimer applauded the funding, saying it would help to decrease commute time, boost tourism, and grow the local economy in Sussex and Warren Counties.

“After working across the aisle for years to return rail service to Northwestern New Jersey and calling on NJ Transit to stop delaying with bureaucratic games, it’s great to see that they will now begin working to rehabilitate the Roseville Tunnel, fix the Hudson Farm and Junction Brook culverts, and get the Lackawanna Cut-off project moving,” said Rep. Josh Gottheimer.

The Congressman said Sussex County residents had few options regarding public transportation, and that the new project would be key for these constituents.

“Right now, there are zero options for folks in Sussex County to make their life easier and get on a train to get to work, or to see a family member. I’ve heard from so many residents, businesses, and local elected officials about this issue, and of the urgent need for more transportation options to New York City from across Sussex. The Lackawanna Cut-off railway is a key part of the solution.”

Rep. Mikie Sherrill pointed to the bipartisan background of the bill. Funding was obtained through the Bipartisan infrastructure Bill to support Amtrak’s vision to expand service to northwestern New Jersey and beyond.

Additionally, the Congresswoman, alongside Reps. Gottheimer and Tom Malinowski along with State Senate Minority President Steve Oroho (R-24) calling on the NJ Transit Board to expeditiously authorize the final design, construction, and commissioning of the Roseville Tunnel rehabilitation and associated track bed work.

“For almost 15 years, this project had faced repeated delays and uncertain timetables,” said Sherrill. “When I entered office, I immediately began to advocate for funding and to move forward on this project. The passage of the bipartisan infrastructure law enabled my colleagues and me to push for swift action on the part of NJ Transit.”

“I am incredibly excited to see NJ Transit take up my call to action to greenlight rebuilding the Roseville Tunnel, located in NJ-11. I will continue to advocate for this project until it is completed.”

The $6.1 million contract will include preparing the site for the subsequent construction phase for the service yard, Inspection Facility, Delco Lead, and remaining County Yard Improvement Project elements.

“As climate change has increased the frequency and intensity of weather events in our region, this project will mean better, more reliable and resilient service for our customers,” said NJ Transit President & CEO Kevin S. Corbett. “The Delco Lead project will improve continuity of service by allowing us to quickly restore service even after the most severe weather-related impacts.”

OPINION: A Reason for Hope