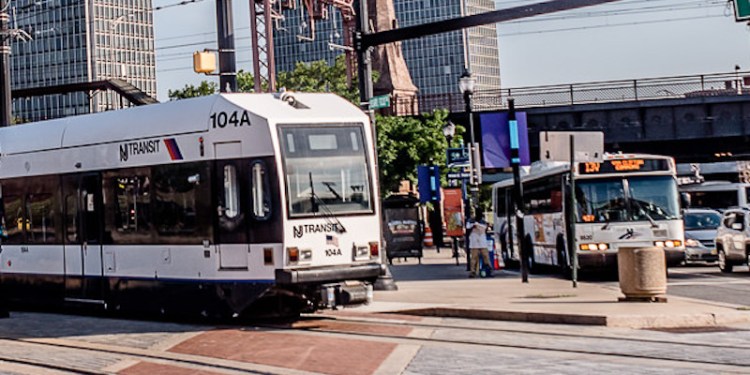 One of the last COVID-19 mask mandates has been rescinded in New jersey.

Gov. Phil Murphy tweeted April 19 that “@TSA announced that it’ll no longer enforce a mask mandate in public transportation settings. Masks will no longer be required on @NJTRANSIT & by South Jersey Transportation Authority. Individuals may wear a mask based on personal preference, informed by personal level of risk.”

“We’ve followed the feds from moment one,” Murphy told reporters after an gun control event in Paterson later in the day. “The healthcare mandate exists because of the federal government. I don’t have a sense as to whether or not they’re close — either there’s a legal challenge or whether or not the administration is close to changing that. I’ll bet you there’s not a lot of appetite for that — would be my guess.”

The mask requirement is mixed for Port Authority properties the mask mandate remains in effect for New York but not New Jersey. So while masks are mandated at the Port Authority Bus Terminal, the George Washington Bridge Bus Station and PATH trains, they are not at Newark Liberty International Airport and Teterboro Airport.

“There’s a little bit of a wrinkle,” Murphy said about that decision. “God willing, we’ll get that sorted out sooner or later.”

The removal of the mandate comes after a federal judge in Florida struck down the mask requirement on airplanes, trains, buses and other public transportation on April 18, less than a week after the Centers for Disease Control and Prevention (CDC) had extended it through May 3.

After the ruling, the Biden Administration said the mandate is no longer in effect while the government considers its next steps, and the Transportation Security Administration said it would stop enforcing it. The nation’s four largest airlines — United, Delta, Southwest and American — said they were dropping their mask requirements, as did JetBlue, Alaska, Spirit and Frontier.

Judge Kathryn Kimball Mizelle voided the mandate nationwide on several grounds, including that the agency had exceeded its legal authority under the Public Health Services Act of 1944. The ruling applied to airports, train stations and other mass transportation hubs.

President Joe Biden had called on the C.D.C. to impose a mask mandate for travelers shortly after his inauguration, and the agency did so starting on Feb. 2, 2021. It extended that mandate several times.

In court papers, the CDC said its regulation was “doing exactly what Congress authorized it to do.” The law says the agency may take such measures as it deems “necessary,” and provides a list of examples, like “sanitation.”

In her ruling, the judge adopted a narrow interpretation of the authority Congress granted to the CDC to issue rules aimed at preventing the interstate spread of communicable diseases. The judge wrote that this power was limited to things like cleaning property—not requiring people to take hygienic steps.

“If Congress intended this definition, the power bestowed on the CDC would be breathtaking,” she wrote. “And it certainly would not be limited to modest measures of ‘sanitation’ like masks.”

The Trump-appointee argued in her decision that if the government’s broader interpretation of the agency’s powers were accurate, the C.D.C. could require businesses to install air filtration systems, mandate vaccines, or require “coughing into elbows and daily multivitamins.”

The travel mask requirement was one of the last mandates the state still had in place. The COVID-19 public health emergency was lifted on March 4 with the school mask mandate just days later.

But mask and vaccine mandates are still in effect for workers at health care and high-risk congregate settings, according to Murphy. Teachers have a testing option if they choose not to be fully vaccinated but no mask mandate.

New Jersey now considered workers “up to date with their COVID-19 vaccinations” if they have received a primary series, which consists of either a two-dose series of an mRNA COVID-19 vaccine or a single dose COVID-19 vaccine and the first booster dose for which they are eligible, as recommended by the Centers for Disease Control and Prevention.