Gopal calls for a stop of “politically-coordinated misinformation campaign” 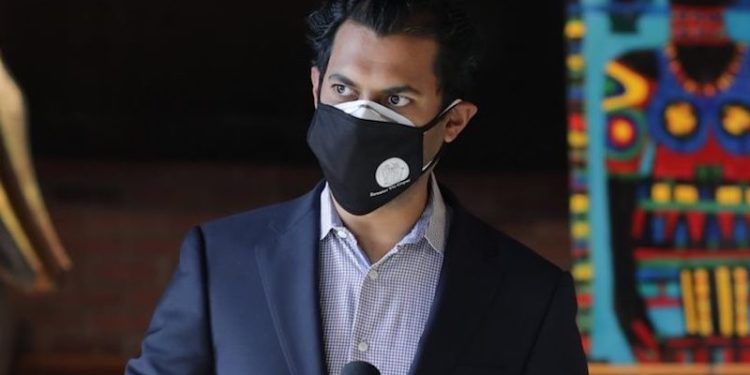 Democrats are looking to ensure parents have all the information they need when it comes to sexual education in New Jersey schools and combat disinformation from those looking for political gain.

State Sen. Vin Gopal (D-11) plans to introduce legislation to mandate parents and guardians are provided the opportunity to review any educational material on health and sex education, allowed to meet with local school officials to get any questions answered, and given the option to opt-out if they would rather teach health and sex education to their children instead of having the school district do it.

“This bill will bring full transparency to our health and sex education curriculums in our 600-plus school districts by stopping the politically-coordinated misinformation campaign,” said Gopal, chair of the State Senate Education Committee, who added the legislation will further empower “parents by ensuring that their children are offered the opportunity for a comprehensive education, which is what an overwhelming majority of parents want and are entitled to as part of a quality education.”

The move comes a week after Gov. Phil Murphy, responding to objections from GOP State Senators about the curriculum being taught in younger grades, directed the Department of Education to review the standards and provide further clarification on what age-appropriate guidelines look like for New Jersey students.

“We have seen a handful of sample lesson plans being circulated that have not been adopted in our school districts and do not accurately reflect the spirit of the standards,” said Murphy on April 13. “Any proposed educational content that is not age-appropriate should be immediately revised by local officials.”

The most notable issues raised by GOP lawmakers is their objections to instruction by school personnel on sexual orientation or gender identity in kindergarten through sixth grade.

“First- and second-grade students should not have a course on gender identity. It is a complicated subject that would be confusing to very young children,” said State Sen. Jon Bramnick (R-21) in response to concerns raised by Westfield parents after new lesson plans were recently revealed.

Gopal’s bill would mandate that all school curriculums be uploaded to their Board of Education website 14 days prior to the start of the school year to help “fight the misinformation from fake curriculums being distributed online that were created by third parties and not local governments.”

Sex education has become a national issue after Gov. Ron DeSantis (R-FL) signed legislation prohibiting schools in Florida from teaching about sexual orientation and gender identity in pre-school through third grade. Dubbed the “Don’t Say Gay bill” by critics, about a dozen other states controlled by Republicans have reportedly proposed similar legislation or signaled they would follow suit.

New Jersey Republicans have placed an emphasis on parental rights in regards to school decisions to win political support over the past year, including similar arguments over how race is taught in school with warnings about critical race theory as well as COVID-19 related requirements, such as mandates for masks in school and vaccines or testing for teachers.

Murphy, much like Gopal, blasted critics for what he sees as “our learning standards (being) intentionally misrepresented by some politicians seeking to divide and score political points.”