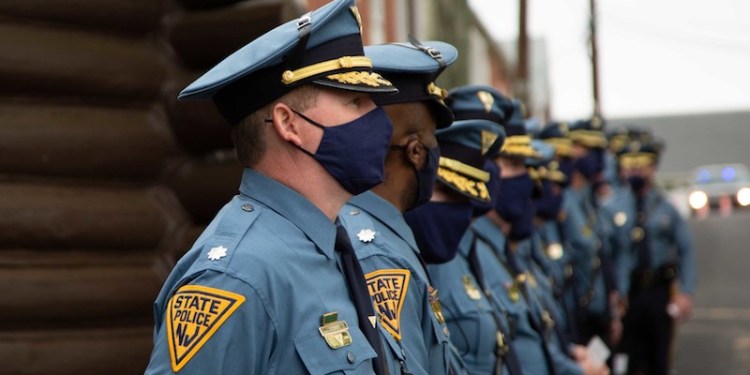 The class will be partly funded through $4 million in State Fiscal Recovery Fund monies allocated via the federal American Rescue Plan. An additional $5 million allocated from state funds.

Murphy noted the plan would give NJSP the resources needed to fully staff itself, and to meet the law enforcement and emergency management needs of the state.

“I am proud to support these crucial efforts through our commitment to graduate not one but two new classes of troopers in the coming fiscal year,” said Murphy at a press conference April 18. “Increasing funding for our State Police will ensure they can continue to provide the high quality of protection and support the people of New Jersey deserve.”

The move comes as Democrats look to knock down attempts to call for defunding the police in their own party. In New Jersey, that state has encountered a surge in violent crime over the last two years that includes gun violence soaring and crimes such as auto theft rising to levels previously not seen in the state.

“Given the stress that’s related to the pandemic, we’ve seen—whether it’s car thefts or acts of violence of some other sort—we’ve seen that we can’t be standing still here,” Murphy said. “We’ve got to get bigger, stronger, more diverse. This is going to be a huge step in that direction.”

“We are going to make sure that not only are they properly funded but properly maintained,” he added later.

More than 100 enlisted NJSP troopers will be eligible for retirement by October 2022, and an additional 108 will become eligible in 2023. These potential losses to the workforce helped to spur the action, with new officers urgently needed to maintain staffing levels.

“State police are the central contact point for entities across the state,” said the governor who praised their role during the pandemic. “The state currently counts 3,020 enlisted troopers in its ranks. Yet to meet the demands put upon this division…this count should exceed 3,100.”

“These two State Police classes will allow us to bring the next generation of law enforcement into our ranks, and as we have seen over the past few years, our role is ever changing. Applicants who are selected must be ready for the dynamic challenges that come with being a trooper,” said Callahan. “The (current) candidate pool is a very diverse and qualified.”

The NJSP serves as a central point for local law enforcement agencies across the state, including various teams focused on tactical, technical, and forensic services. Murphy noted the list of what the job details for the state police officers continues to grow year after year.

Callahan in his remarks highlighted the role his officers took on during the pandemic, such as delivering ventilators to hospitals or building mega testing and vaccines sites, outside of their usual job description. Additionally, he told the story of a trooper sleeping in his car to meet Afghan refugees arriving in America so they could be greeted by someone in their native tongue.

“That’s a special place to be and that is why the rest of the country look to New Jersey as how we do things,” commented Callahan.

Additionally, NJSP plays a role in emergency management for both preparation and response to natural disasters and emergencies. Recently, NJSP have been involved in responding to the opioid epidemic and regulating firearms within the state.

“I commend Governor Murphy for once again demonstrating his strong commitment to the New Jersey State Police and for proving what is known throughout New Jersey – that our State Police is among our country’s premier law enforcement agencies,” said Platkin.