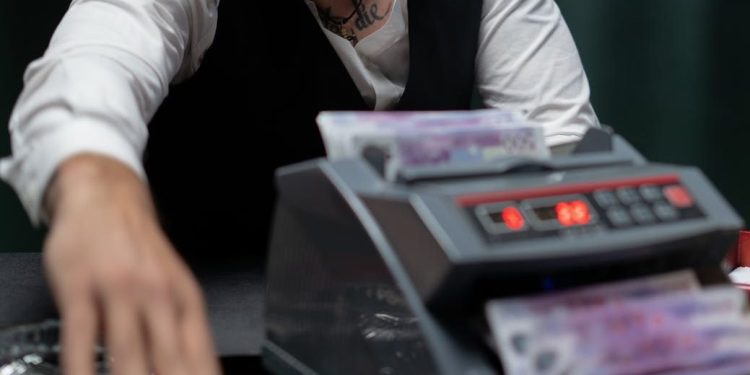 New Jersey’s revenue collections were up again for the month of March and the state added 17,800 nonfarm jobs, according to state officials, but the state Department of the Treasury pointed to an “impending slowdown” in collections.

March marked New Jersey’s 16th straight month of job gains, dropping the unemployment rate to 4.2%, and almost all the additional 17,800 jobs were added in the private sector, according to the state’s Department of Labor & Workforce Development.

In addition to predicting slowed revenue growth in the future, Treasury said March collections were “artificially elevated to a certain degree because payments last March were lower due to the extended May income tax filing deadline.”

“Overall GIT growth in the first nine months of Fiscal Year 2022 (FY 2022) has been spurred primarily by strong employee withholding collections, as wages recover from weaker levels during the pandemic, and boosted more recently by a strong bonus payment season on Wall Street. Additionally, quarterly estimated tax payments are performing well and refund levels were down substantially in the Summer and Fall, returning to normal for this time of year after taxpayer filing deadlines were delayed in 2020,” Treasury said in a press release.

Gross Income Tax growth “is expected to slow noticeably due to the substantial increase in Pass-Through Business Alternative Income Tax (PTBAIT) credit claims that are due,” Treasury said.

The press release additionally pointed to several new or expanded tax relief programs enacted with New Jersey’s budget as factors that will temper the growth of revenue collections. These include the expanded Earned Income Tax Credit, the Child and Dependent Care Tax Credit, and an increase in the amount of retirement income that can be excluded from taxation.

PTBAIT collections jumped in March as final payments for tax year 2021 came due. Collections of $709.5 million rose by $483.1 million, more than triple last March’s level as more taxpayers became aware of this alternative filing option to help mitigate the impact of the federal cap on the deduction of State and Local Taxes.

Fiscal year-to-date, PTBAIT collections totaled $2.8 billion, double last year’s collection of $1.4 billion for the same nine-month period, according to Treasury. Over $260.0 million came from some 3,800 new taxpayers who had not previously made any PTBAIT payments.

“Since PTBAIT is designed to be revenue-neutral over time, credits claimed for these payments should reduce State revenue collections, primarily under the GIT,” Treasury said.

Sales and Use Tax additionally rose for March, but Corporate Business Tax collections dropped by $1.3 million, or 0.4% below March 2021.

New Jersey Treasurer Elizabeth Maher Muoio is slated to appear again before the Legislative Budget Committees in mid-May, after the annual tax filing season, to update the state’s revenue outlook for fiscal years 2022 and 2023.

New Jersey got additional good fiscal news as S&P Global Ratings raised its rating on the state’s general obligation bonds to A- from BBB+ with a stable outlook—its first upgrade for the Garden State since 2005.

S&P additionally raised its long-term and underlying ratings to BBB+ from BBB on various other bonds secured by annual appropriations from the state.

“In reaching this decision, S&P noted our efforts to reduce debt by roughly 10 percent, along with our prudent revenue estimates that will better position us to weather any future economic slowdowns or downturns,” state Treasurer Muoio said in a statement.

In other New Jersey fiscal news, net revenue for casino licensees increased by 42% to $764.1 million and Gross Operating Profit rose by 201.4% to $174.4 million for the fourth quarter of 2021, based on filings made with the Division of Gaming Enforcement.