Congressional Candidates Flush With Money to Spend for June Primary 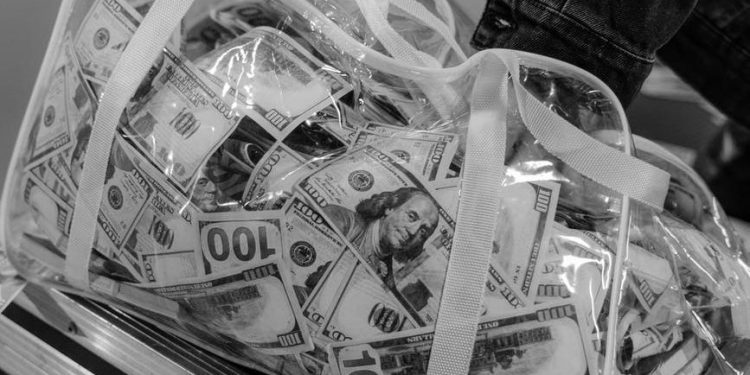 On April 15, the full picture of how much funding congressional candidates in North Jersey came into focus for this first time this year.

There are 32 candidates running to be their party’s nominee in the 5th, 7th, 8th, 9th, 10th and 11th Congressional districts. Three were knocked off the ballot after further examination of their filing lists showed they did not have enough valid signatures to be considered in the June 7 primary.

The candidates in the six districts have a total of $28.6 million cash on hand after a review of federal filings for the first three months of 2022. The numbers are reflective of the money the candidates have raised for themselves; they do not include monies raked in by independent political actions committees or those affiliated with each candidate’s party.

The power of incumbency can be clearly seen as $24.2 million of that money belongs to Congressional candidates running for re-election and the challenger with the most money is the son of a popular governor as well as the former ranking Republican in the State Senate.

What follows is a review of each candidate and the money that have on hand:

Democrats: Rep. Josh Gottheimer, seeking a fourth term, is again flush with cash. The Bergen County resident starts the year with $13 million to spend for his campaign, after raking in $1.2 million in the first quarter. Of the over 3,111 House and Senate candidate that submitted forms to the Federal Elections Commission (FEC), Gottheimer ranked 16th in the House for the first reporting period of 2022.

Republicans: Nick De Gregorio, who has secured the Bergen County party line, cemented his status as the frontrunner for the GOP as his finances were revealed. De Gregorio pulled in a total of $309,503 as of March 31. After spending over $216,000, the Afghanistan and Iraq war veteran has a total of $454,466 cash on hand.

In his first reporting, Cresskill businessman Fred Schneiderman reported raising about $280,000 while spending $132,510. Schneiderman, who has assembled a campaign team that includes former President Donald Trump aide Kellyanne Conway and top-tier Republican media firm Jamestown Associates, has a total of $147,331 on hand as he has lent his campaign $150,000.

Sab Skenderi of Wyckoff, running on the slogan “End Vaccine Mandates, Deport Illegal Aliens, did not make a filing.

There are now four GOP candidates after Secretary of State Tahesha Way ruled Oakland’s Richard Franolich won’t appear on the primary ballot this June because he meant to file for the 9th district instead. The confusion appears to stem congressional redistricting, as Oakland was redrawn from the Bergen County-based 5th district into the Paterson-based 9th district. Franolich, apparently unaware of this change in district lines, circulated petitions affirming his candidacy for the 5th district despite no longer living in it.

Democrats: Rep. Tom Malinowski continues to top his previous quarterly campaign receipts. For the first quarter of 2022, Malinowski topped the $1 million threshold in fundraising with $1,075,551. After spending nearly $400,000 in the first three months of the year for one of the bellwether races in the Congressional midterm elections, the two-term representative has $3.4 million cash on hand.

Republicans: A rematch looms in the 7th as Tom Kean, Jr., is miles ahead of the his fellow Republicans as of March 31. Kean, who has secured key organization backing in Morris, Warren, Sussex, Hunterdon, Somerset, and Union countiers, has $1.5 million cash on hand. The former State Senator raised $840,012 is the first quarter while spending over just $263,000.

Phil Rizzo, a former pastor and real estate developer who ran for governor in 2021, was the runner up with $157,000 cash on hand after raising $153,584 in the quarter. Assemblyman Erik Peterson (R-23), a conservative who led the Republican rebellion in December 2021 against COVID-19 health protocols in the Statehouse, raised just under $29,000 and has $23,113 after quarterly expenditures.

Businessman Jon Henry Isemann, who finished second in a run off for the Morris County GOP endorsement, raised $32,850 during the time period and his cash on hand total is $33,329. Perennial candidate Robert Trugman has $58,466 cash on hand despite not raising any money this quarter.

Democrats: The road for Robert J. Menendez to replace the retiring Rep. Albio Sires continues to move down the tracks. Running for the seat formerly held by his father, Sen. Bob Menendez, the prohibited favorite raised nearly $840,000 while spending under $150,000 to have a total of $692,708 cash on hand.

Originally a race with five candidates, only two others remain in the race to challenge the younger Menendez—Ane Roseborough-Eberhard, and David Ocampo Grajales. Running on a progressive platform such as Medicare for All and a Green New Deal, Ocampo Grajales has $16,471 cash on hand after raising $25,543 in the first quarter. A teacher in the Weehawken Township School District for a decade, Roseborough-Eberhard did not file a campaign report.

Knocked off the ballot after challenges to their nomination petitions were Brian Varela, a former aide to Gov. Chris Christie in the Republican’s communications and press shop in 2010, and Eugene D. Mazo.

Democrats: Rep. Bill Pascrell will run for his 14th term in office with a bank account of just over $1.7 million. Pascrell received $228,796 in donations for the first three month of 2022 while spending $155,421. A member of the powerful Ways and Means Committee, the veteran Congressman has received $538,103 in political committee contributions.

Republicans: Paterson native Billy Prempeh, a U.S. Air Force veteran who ran against Pascrell in 2020, raised a total of $25,662 in the first quarter and has cash on hand total of $18,462.

Democrats: Rep. Donald Payne, Jr. in one quarter surpassed the contributions he received in 2021. Payne, a Congressman since 2012, raised $389,940 during January, February, and March of this year after collecting a total of $224,646 in 2021. The Newark native has a total of $569,353 leading into the June 7 primary in the most Democratic district in New Jersey.

Imani Oakley, who has had multiple jobs in politics over the last few years including Legislative Director for the New Jersey Working Families Alliance, has $107,838 in the bank after raising $127,901 this year so far. Akil Khalfani, a sociology professor at Essex County College who ran as an independent in 2020, did not submit paperwork to the FEC.

Republicans: The FEC said that Jersey City’s Garth Stewart had no data processed for the time period and Irvington’s David H. Pinckney was not listed on the website.

Democrats: Incumbent Rep. Mikie Sherrill raised $823,956 in the first quarter of 2022 and now has just over $5.5 million as she enters the Fall campaign with no primary opponent. The $5.5 million total comes after the Montclair resident spent $1.3 million in operating expenditure and contribution refunds.

Republicans: A seat held by a Republican since 1984 before Sherrill won in 2018, the fundraising and cash on hand totals would have to be considered disappointing for a party that has targeted the race as key to winning back control in Washington.

Morris County Commissioner Tayfun Selen has the most cash on hand, with $195,065. Selen raised $70,000 and spent just under $11,000 during the quarter he secured the Morris and Essex county lines. Paul DeGroot, a former assistant Passaic County prosecutor who received that county’s line, raised $123,082 in the first three month of 2022 to finish with $184,166 heading to the June 7th primary.

Three other candidates remain in the race. Iraq War veteran Toby Anderson has $32,634 cash on hand while two late comers—Ruth McAndrew and Alexander Halter—were not listed on the FEC website.

Among those who had dropped out of the race but still have money in their campaign accounts were Larry Casha ($12,283); former Ridgefield Park Councilman and now Sussex County resident Robert Kovic ($15,424); attorney Larry Friscia ($27,490); and screenwriter Hillery Brotschol ($511).