Monmouth Poll finds many unaware of ban on paper bags 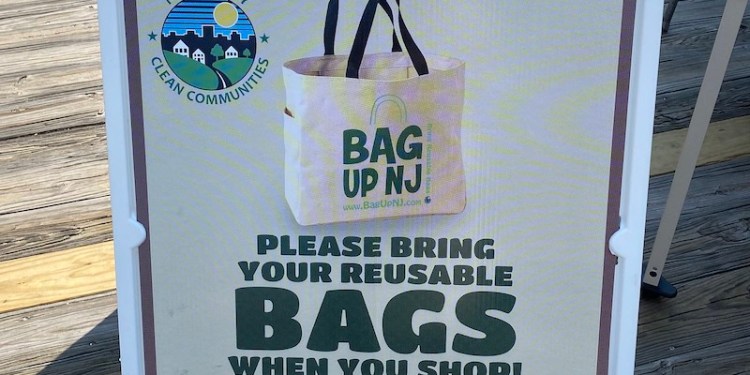 A majority of New Jersey residents are aware of and support a ban on single-use plastic bags, but the term “ban” may have different meanings to different people.

That’s according to a recent Monmouth University Poll, which found the majority of New Jerseyans (61%) support the “plastic bag ban” but many would prefer to have access to those bags for a small fee.

Additionally, the poll’s results indicate many New Jersey shoppers will be surprised to find that paper bags will also be banned at large supermarkets under the new rules.

In all, seven in ten New Jerseyans were aware of the ban, with 33% hearing a lot about the pending measure and 37% hearing a little.

That said, the definition of a “ban” was not uniform among Garden State residents, with 30% supporting an outright ban on all single-use plastic bags, but 28% okay with a small fee for customers to pay if they want a plastic bag.

Forty-one percent argued single-use plastic bags should still be given away for free.

“Most New Jerseyans support efforts to reduce plastic use, the question is how happy they will be with the change once it goes into effect,” said Patrick Murray, director of the independent Monmouth University Polling Institute.

The results were virtually unchanged from a Monmouth Poll taken in 2019.

About 38% of the Garden State public already bring their own bags for shopping for groceries, but 50% generally use the store’s plastic bags and 10% use paper bags.

Among current plastic and paper bag users, just over half said adapting to bringing their own bags would be either very (22%) or somewhat (32%) easy.

New Jerseyans at the lower end of the income scale will likely have the most trouble adapting the new rules, with 24% of those making less than $50,000 a year saying it will be very difficult for them to make the change.

“The upcoming ban is likely to produce the most confusion and problems for those on very tight incomes, especially for those with limited transportation options,” said Murray.